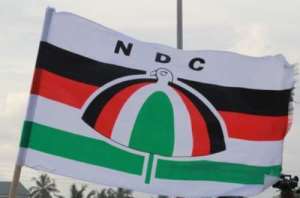 The National Democratic Congress (NDC) branch in the Upper West Region has accused the ruling New Patriotic Party (NPP) of a plot to benefit from the killings in the region.

In a press release, the NDC insists that it knows of the dubious intention of the government to take advantage of the insecurity in the region to pursue the breaking the eight agenda.

“We are very much aware of dubious intentions by this government, to leverage on security challenges in NDC strongholds and to use same as levers to declare them high-risk security areas ahead of election 2024.

“This we believe is within their ill brewed master plan, to unleash party hoodlums concealed within the National Security apparatus, such that, such miscreants would aid them in their infamous “Break the eight” mantra,” the NDC release signed by RCO Puo-Ire Prosper has alleged.

According to the NDC in the Upper West Region, the knee-jerk reactions to the Wa crises and the lack of proactivity by the government further confirms its suspicion.

The NDC in the region insists that the government remains complicit in the sad turn of events, where many more people are silently murdered by poverty, bad roads, under-resourced health facilities, hunger, the rising cost of living, and illiteracy.

As a matter of urgency, the party wants the government to commit to dealing with the insecurity in the Upper West Region.

“We call on government to demonstrate commitment to the well-being of the Upper West Region. We equally call on all residents in the region, to co-operate with the security agencies in the fight against this new trend of crime,” the release from the Upper West Region NDC office concludes.

Structure of government's debt restructuring plan is unaccep...
53 minutes ago