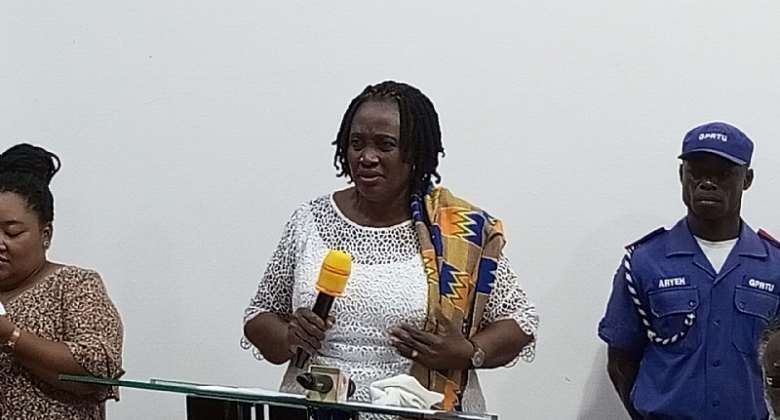 Mrs Joana Adzoa Opare, Member, Governing Board, National Peace Council (NPC) has called for a re-look at Ghana's arms acquisition, utilisation, and monitoring regime to ensure peace and security are maintained in the country.

She noted that there was the need to ensure small and light weapons did not fall into wrong hands; because such weapons falling into wrong hands could lead to violence, thereby disturbing the peace of the nation.

She said reports from the National Commission on Small Arms and Light Weapons revealed there were still thousands of illegally acquired arms used for all kinds of criminal activities.

Mrs Opare made the call at a community engagement on peaceful coexistence in Accra, which was organised by the council in collaboration with the United Nations in Ghana on the theme: “Managing Ethnic Diversity in Ghana for Sustainable Peace.”

The workshop, which was attended by market women, commercial drivers and artisans, forms part of activities marking the week-long celebration of the 2022 International Peace Day on the theme: “End Racism. Build Peace.”

The International Day of Peace was established in 1981 by the UN General Assembly to commemorate and strengthen the ideals of peace both within and among all nations and peoples as a period of non-violence and cease-fire.

Mrs Opare said Ghana was a multi-ethnic, multi-religious, multi-lingual, and multi-cultural society. There are more than seventy ethnic groups in Ghana, who, regardless of their differences, had co-existed in an environment of tolerance for divergent views, and acceptance of differences.

Ghana's 1992 Fourth Republican Constitution in pursuit of ensuring an inclusive society, states in Article 35 (5) thus: “The state shall actively promote the integration of the peoples of Ghana and prohibits discrimination and prejudice on the grounds of place of origin, circumstances of birth, ethnic origin, gender or religion, creed or other beliefs.”

Article 35(6) gives the details of the integration envisaged by the Constitution which must be pursued by all citizens.

Mrs Opare reiterated that managing ethnic diversities for sustainable peace, however, requires challenging work from both the government and the citizenry.

She said the NPC was calling on Ghanaians, institutions of state and civil society to join forces to remove barriers to the realization of a just, fair, open, and inclusive society for all the peoples of Ghana.

She said the Global Peace Index (GPI) for 2022, was an indication for Ghana to step up its efforts at ensuring sustainable peace through the promotion of positive peace; adding that positive peace was a gamut of attitudes, institutions and structures that create and sustain peaceful communities.

Mrs Opare appealed to all Ghanaians, especially market women, drivers, and artisans to help preserve the peace of the nation.