Why boo Akufo-Addo when your siblings are enjoying free SHS? — Presidential Staffer to ungrateful hooters 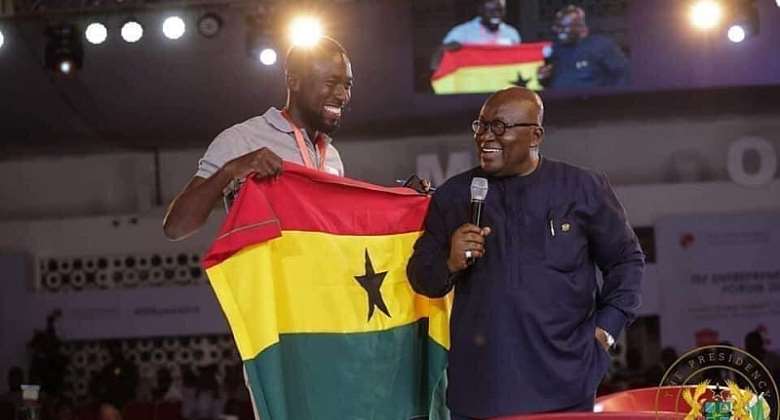 Outraged and suffering Ghanaian youth who attended the Global Citizens music festival gave President Akufo-Addo an unpleasant evening during his speech at the event.

A Facebook post by Kwasi Osei-Danso Ofori-Atta, which was shared by a Presidential staffer, Charles Nii Teiko Tagoe, has condemned the action of the crowd.

It explained that Ghanaians, specifically the hooters were able to enjoy such a global concert because of President Akufo-Addo's hard work.

He stressed that the Free Senior High School policy, finding a solution to control power outages (Dumsor) and President Akufo-Addo's outstanding performance in tourism were the reasons the show was moved to Ghana, which must be commended by the "ungrateful" youths.

“Kwasi Osei-Danso Ofori-Atta writes: President Akufo-Addo has been to the Chalewote Street Festival. By a singular act, and speech, he invited the world to Ghana; the YoR.

“The Global Citizen show last night was epic, he was there to show his support. The show no, it was free right?

"Some promises made may not have been fully fulfilled but the impact of his influence outside on Ghana’s Culture, Art and Tourism can’t be downplayed,” portions read.