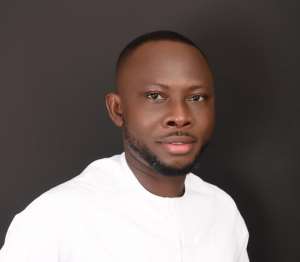 A Bachelor of Laws(LLB) student at the Wisconsin University College, Issifu Seidu kudus, has admonished the General Legal Council to reform the various law faculties in the country and prescribe for them the number of students to admit.

This he said would help reduce the frustrations students go through in trying to enter the Ghana Law School.

In an exclusive interview with this reporter, he said legal education over the years has been treated as a preserve of the privileged class. He added that, not until some young men and women began to agitate, Northern Ghana had no single law faculty.

"This issue of having to leave the faculties to admit more numbers just to make profit at the expense of the expectations and ambitions of many helpless students is by any imagination, unfair and unjust. You do not allow huge numbers from the entry point only to frustrate same with some technicalities which are alleged to be borne out of mafia and convenient tactics at the termination point into the Ghana Law School," he lamented.

In his view, the Chief Justice instead of limiting legal education in the country should direct his energy to ensuring a clean system is established to get more lawyers trained.

According to him, the recent leakage of the law entrance exam questions is a clear manifestation of a frustrated system of students craving to memorize their way to the bar and would adopt all means possible to bend the rules to get their way through.

Whilst calling for an expansion in access to legal education in Ghana, he said there was no way to trigger any conversation about fairness in an unfair system, cautioning that the brain drain that was currently taking centre stage in the medical profession will soon hit the legal profession if measures are not taken to avert the challenges.

What again do you have for Ghanaians besides economic theori...
44 minutes ago