How can you blame NDC for Akufo-Addo’s “away away!” humiliation, don’t take Ghanaians for a fool — Omane Boamah 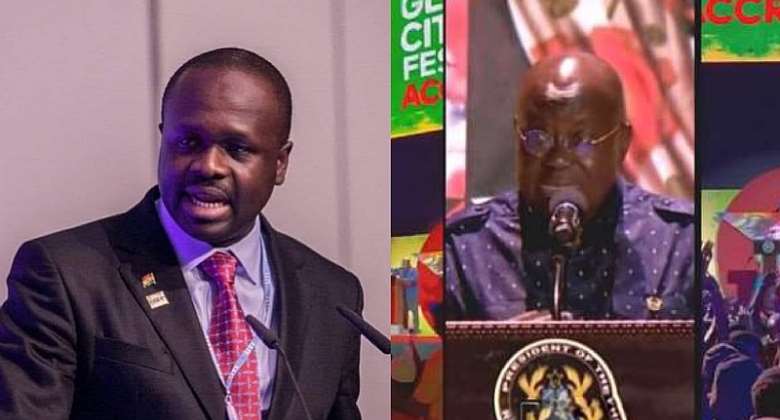 Former Minister of Communications under the erstwhile Mahama’s regime, Dr Edward Kofi Omane Boamah has taken a swipe at some NPP members for blaming the opposition NDC for the president’s humiliation at the just-ended Global Citizens Festival.

Outraged and suffering Ghanaian youth who attended the Global Citizens music festival gave the President an unpleasant evening during his speech at the event.

But the former government spokesperson, in a Facebook post today, September 26, has asked the ruling party to stop taking Ghanaians for fools.

He ask the NPP to stop thinking that Ghanaians can't criticise the wrongs of their government freely.

“NPP mistakenly takes many for fools; but Ghanaians are wide awake! How could NPP claim NDC orchestrated President Nana Addo Dankwa Akufo-Addo's "away..." humiliation at the Independence Square? Ha ba!” his post reads.