More foreigners are still hiding in my community — Akokoamong Assemblyman 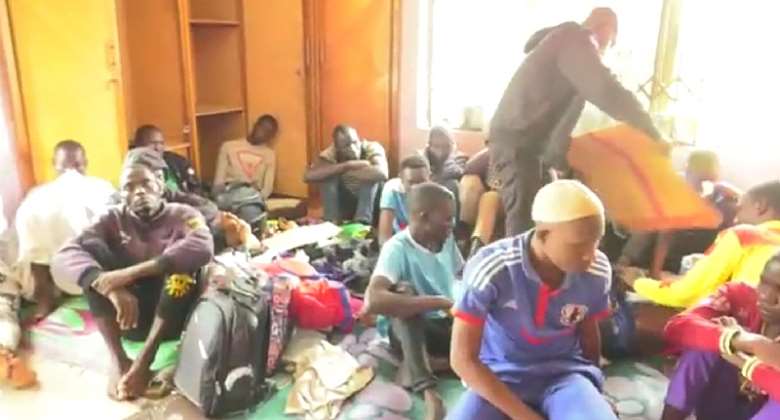 The Assembly member for Akokoamong Electoral Area in the Ejisu Municipality, Hon Daniel Owusu, has disclosed that more foreigners are still hiding in the community at the blindside of authorities in the area.

Some of these outlanders according to the assembly member are engaging in illegal activities including operating a school for men between the ages of 18 to 30 without any permit.

It is yet to be known by authorities as to what they are teaching the men who have been camped at secret places in the community.

The foreigners suspected to hail from Cameroon, Niger, Burkina and other neighboring countries have been camping secretly without the notice of authorities in the area.

In an interview on the Kumasi-based OTEC 102.9 FM's morning show, Nyansapo, on Monday September 26, 2022, Hon Daniel Owusu said although police in the region have arrested some foreigners, there are dozens of them who are still hiding in the community.

"Sources in the community say there are many of these immigrants hiding in our area, and I must say the situation has sparked fear among us," he stated.

Police in the Ashanti Region on Thursday September 22, 2022 arrested 48 foreigners suspected to be illegal immigrants living in a five-bedroom house at Akokoamong.

The arrest follows a combined action by security officials and community members who claimed to have observed the suspicious moves by these people in the past few months.

The suspects have since been held at the Ejisu Divisional Police Command assisting investigations.