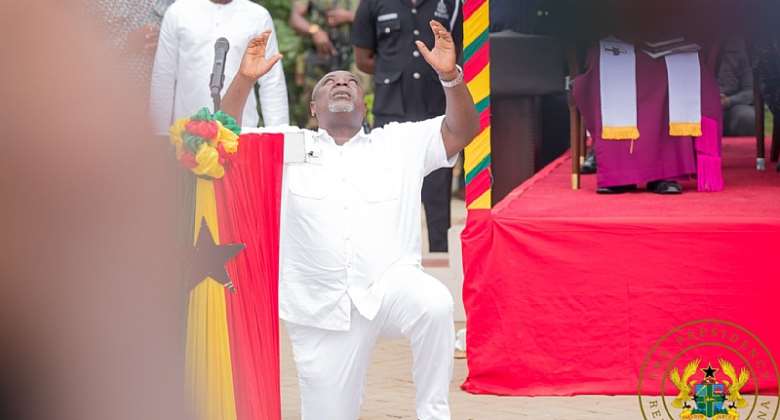 The Founder and CEO of the Atta Mills Institute, Samuel Koku Anyidoho has called for support for Akufo-Addo's government to help liberate the country from its current economic struggles.

He said Ghanaians must pray for President Akufo-Addo and his ministers as they work to find solutions to the country's challenges.

In a tweet spotted by Modernghana News on Sunday, September 25, the former NDC deputy General Secretary stated that Ghana needs divine intervention at this critical moment.

“I am more than convinced that we must go on our knees and genuinely pray for the President and Mother Ghana because we definitely need the divine intervention of God for Him to bless our Homeland Ghana 🇬🇭 Thank God the President himself is on his knees praying,” he posted as a caption to picture of the President and himself praying on their knees in separate places.

On Saturday, the President was at the Global Citizens Concert organised at Black Stars Square.

This has generated huge debates on social media as NPP and NDC engage in a 'dog fight.'