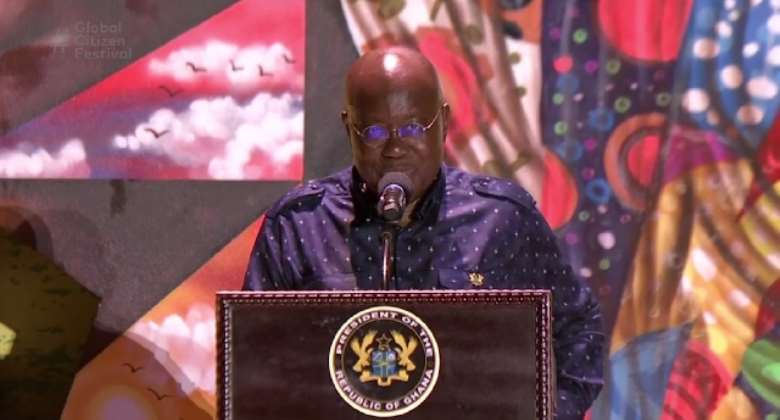 No sooner had the Ghanaian leader begun to address the huge crowd gathered at the Black Star Square than a section of the crowd started booing at him and chanting ‘away!’ amidst jeers.

After the jeers subsided, the President continued with his speech in which he urged the youth to support the government in achieving the 17 Sustainable Development Goals (SDGs).

“We have a limited window of opportunity to act decisively to lift millions of people out of poverty, promote inclusiveness and equality and safeguard the health of our planet,” he said.

The President also used the opportunity to announce the launch of a $1-billion fund called the African Prosperity Fund in collaboration with the Southern African government.

“It will fund strategic and transformational projects on the continent in the areas of infrastructural development, financial access and participation of women and youth, education healthcare, technology and sustainability so that we leave no one behind in Africa,” he said.

Ghana’s first-ever Global Citizen Festival marked the 65th anniversary of the country’s independence. It is in this spirit of self-determination and unity that Accra’s Global Citizen Festival at the Black Star Square brought together artistes and world leaders to achieve an ambitious policy agenda focused on empowering girls and women, defending the planet, and creating change.