It's obvious Gabby is on another planet, how can “failed” Akufo-Addo’s gov’t be praised — Steve Hanke 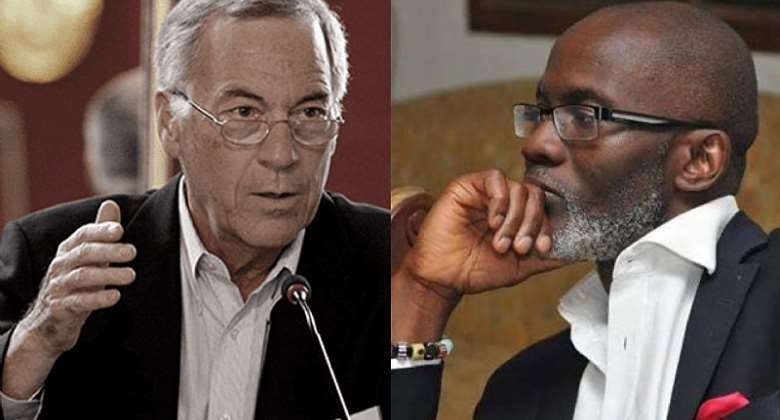 Gabby Asare Otchere-Darko, a leading member of the New Patriotic Party (NPP), recently asked Ghanaians to praise the Akufo-Addo-led NPP government and its Finance Ministry for their "good" work.

Gabby explained that even in the midst of the global economic downturn, the government and his Finance Ministry have been paying the salaries of workers consistently, fixing roads and also introducing social intervention programs like YouStart despite low revenue mobilization.

“The Akufo-Addo govt and, in particular, MoF, deserve the nation’s commendation for their handling of the economy in these most challenging times. Despite slump in revenues, bills are being paid, including salaries, roads being fixed, & money found for programmes like You Start,” Gabby’s tweet on Thursday, September 22, reads.

In reaction, Prof. Steve H. Hanke, an American global economic analyst at the Johns Hopkins University in Baltimore, Maryland, has rubbished Gabby’s assertion, saying Gabby must be living outside the world.

He explained that Akufo-Addo’s government has destroyed the economy, making the rate of inflation run at a whopping 81 per cent by his measure.

“Leading member of the New Patriotic Party (NPP) Gabby Otchere-Darko says Pres. Akufo-Addo deserves "praise" for his handling of the economy. SPOILER ALERT: Otchere-Darko must be on another planet. Today, I measure #Ghana's inflation at a stunning 81%/yr,” Steve Hanke said in a tweet on Friday, September 23.