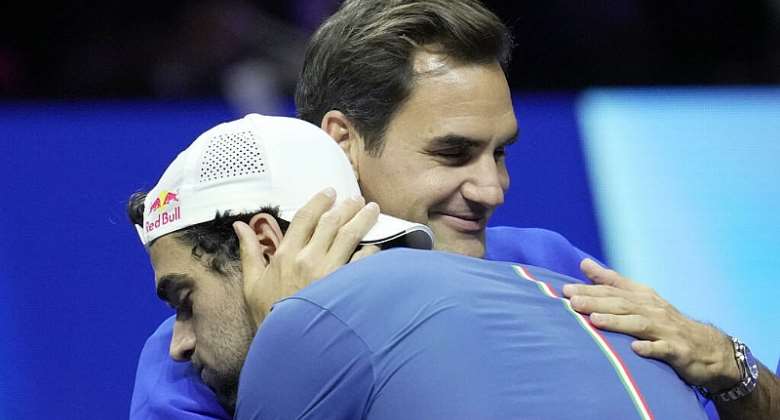 Matteo Berrettini added his personal tributes to Roger Federer on Saturday after beating Felix Auger-Aliassime to give Team Europe a 4-2 lead in the Laver Cup.

After praising his opponent for another tough battle, he gave his thoughts on the events of Friday night when Federer played his last match on the tour in the doubles with Rafael Nadal.

"It was an emotional evening," said Berrettini. "I told Roger that I chose to be a tennis player because of him.

"He inspired me and not just me but millions of people around the world. I'd like to thank him."

Change
After more than a year away from the circuit to nurse a knee injury, 41-year-old Federer announced 10 days ago that the Laver Cup would be his last competitive tournament

The former world number one said he stopped believing he could return to the necessary level to compete for the game's top prizes.

"Roger was the one I was supporting and cheering for," added Berrettini.

Emotion
"I remember getting upset after he lost the final at the Australian Open in 2009. He was crying and I was crying;"

Berrettini described it as a surreal moment when his teenage idol wept on his shoulder at the end of a trophy laden career.

"Being with him on Friday night means everything to me."

Team World have failed to triumph at the four previous editions of the intercontinental team tournament.

"We try our best every year and it's definitely good that it's close at this point but it's going to come down to day three."

Djokovic will return to play in the doubles with Berrettini against Jack Sock and Alex de Minaur for the final tie of day two.