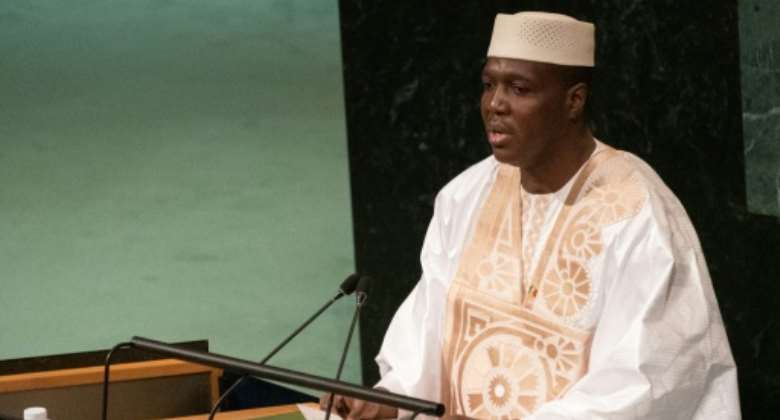 Mali's military-appointed prime minister on Saturday lashed out at France as well as the United Nations in a grievance-filled address over his nation's deteriorating security.

Colonel Abdoulaye Maiga, named last month by coup leaders as Mali's interim prime minister, accused France of having "stabbed in the back" the West African nation with its withdrawal of troops.

French leaders "have disowned universal moral values and betrayed the rich history of the Lumieres philosophers and turned themselves into a junta in the service of obscurantism," he told the UN General Assembly.

Maiga denounced the former colonial power for "neocolonialist, condescending, paternalist and vengeful policies" such as sanctions on the junta in Mali, which has seen two coups since 2020.

He instead saluted "the exemplary and fruitful cooperation between Mali and Russia," whose Wagner Group security firm has been hired by the junta in Bamako despite widespread concerns in the West.

Ivory Coast said that the soldiers, detained at the Bamako airport, were sent to provide backup to the UN peacekeeping force MINUSMA, one of the international body's largest and most dangerous missions.

"Mr. Secretary-General, Mali shall exert all legal consequences over your actions," Maiga said, before repeating his call for reform of MINUSMA.

Maiga also attacked the leaders of several West African nations that have put pressure on the junta.

He charged that Niger's President Mohamed Bazoum was not actually from Niger and accused Ivorian President Alassane Ouattara of "keeping power only for himself and his clan" by changing the constitution to have a third term.

The military in 2020 threw out Mali's elected president, Ibrahim Boubacar Keita, amid frustration over the failure to stop a jihadist insurgency.

France in August withdrew its last troops from Mali after a nine-year deployment, seeing little progress against the jihadists and sour relations with the junta.

We warned gov’t against reckless borrowing, wasteful spendin...
32 minutes ago