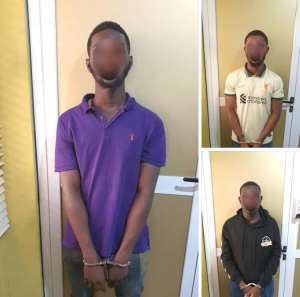 Three students of the Kwame Nkrumah University of Science and Technology (KNUTS) are standing trial for their involvement in the violence on campus that occurred in August.

After facing the Asokore Mampong District Court in their first trial, the three students have been remanded into Police custody for close to three weeks.

“The Asokore Mampong District Court, on September 23, 2022, remanded into Police custody three students of the Kwame Nkrumah University of Science and Technology (KNUTS) who are standing trial for their involvement in the recent mayhem on campus.

“They will reappear before the court on October 10, 2022,” parts of a statement issued by the Ghana Police Service said on Saturday.

They were arrested by the police following a Police investigation into the campus violence in August 2022.

The police have assured the general public that all the perpetrators of the disturbances will be brought to justice.