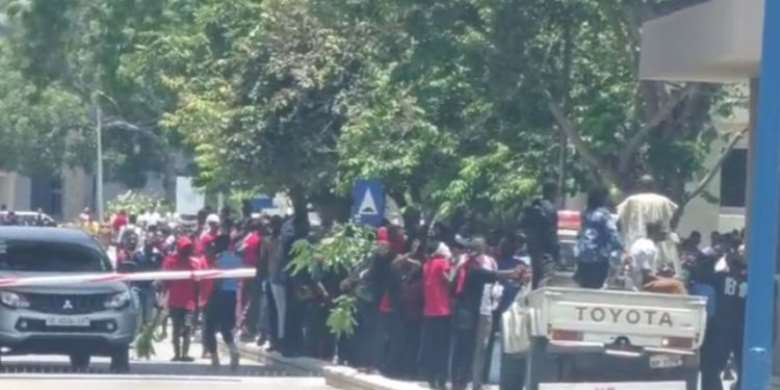 The Winneba Campus of the University of Education on Friday, September 23, witnessed the anger of some students in what is described as a peaceful demonstration.

The students protest against school authorities for not updating their cumulative records for the past three years.

The students say they are unable to track their academic performance.

The final years are expected to graduate in three weeks’ time but they don’t know their grade points.

The angry students staged "fix our GPA” demonstration to compel the school authority to do the needful.

However, the police fired tear gas denying them the chance to meet their management to present their petition.

Reports revealed that the students went on a rampage, disrupting lectures and other administrative activities on campus, destroying some signposts and using tree branches to block roads.

A student told Modernghana News that "this is just the tip of the iceberg. This is just a peaceful one, this coming Monday will be a violent demonstration.”

The upcoming demonstration on Monday is dubbed “Level 400 Goes Red.”

Check below for videos of the first demonstration