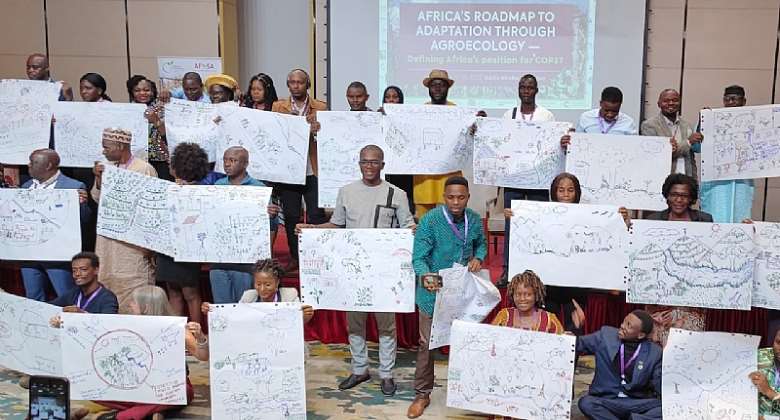 The warning comes after the largest civil societies climate change convening in Addis Ababa from 19-21 September 2022 under the theme “AFRICA’S ROADMAP TO ADAPTATION THROUGH AGROECOLOGY: Defining Africa’s Position for COP27.” The convening called on COP27 to put agroecology at the centre of Africa’s climate adaptation, creating resilience for Africa’s small-scale farmers, fisherfolk, pastoralists, indigenous communities and their food systems.

Agroecology – an ecologically, socially and economically sustainable approach to food and farming – is a crucial solution for Africa’s farmers to adapt to climate changes and create resilience. But it is anticipated to be sidelined by governments at COP27 in Egypt this November, and Africa’s small-scale farmers are destined to be deprived of climate funding. The COP27 has been billed by hosts Egypt as ‘Africa’s Adaptation COP, but ignoring small-scale producers’ voices will only further undermine food security at this time of rising hunger.

The IPCC Special Report on Climate Change and Land 2019 recognizes agroecology’s key role: “In summary, increasing the resilience of the food system through agroecology and diversification is an effective way to achieve climate change adaptation (robust evidence, high agreement).”

Dr Million Belay, AFSA General Coordinator and Panel Expert with IPES-Food, said: “Ignoring agroecology is ignoring Africa’s farmers and sidelining the planet’s most vulnerable people who are being hit first and worst by the climate crisis. Africa could feed itself many times over. But agroecology cannot and must not be overlooked by decision-makers as the most effective means to build resilience and enable small-scale farmers, pastoralists and fishers to adapt to climate change.”

Small-scale farmers face impenetrable obstacles to access the negotiations – with restricted conference passes and prohibitive costs for accommodation that only big agro-industry can afford.

Bridget Mugambe, AFSA’s Program Coordinator and focal person for the climate and agroecology working group, said, “Africa is feeling the effects of the climate emergency every day, with rising temperatures, droughts and floods already hitting small-scale farmers and women hard. To sustain our livelihoods and feed communities we are forced to adapt – yet we are receiving negligible funds from the international community. We call on this COP27 to put food systems at the centre of adaptation plans for Africa and direct climate finance to agroecology. Africa can be fed by Africans.”

We haven’t rejected Justices Gaewu and Koomson – Appointment...
59 minutes ago

Stop the wrongful, multiple sale of lands — Akufo-Addo to ch...
59 minutes ago