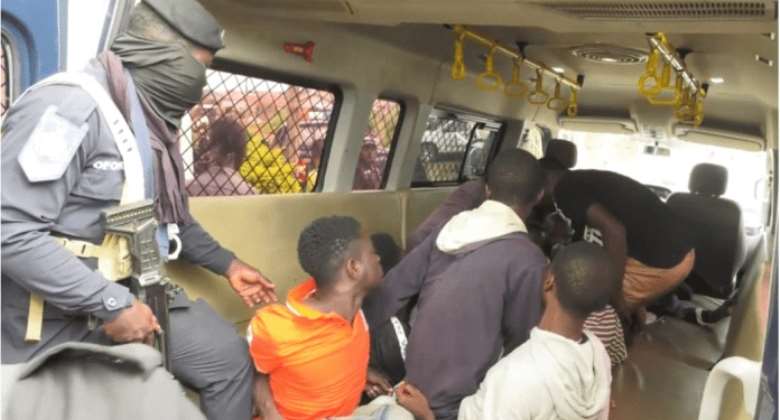 Some 21 suspected fraudsters believed to be foreigners are in Police custody.

They were arrested at Ejisu in the Ashanti Region.

They occupied a 5-bedroom house at Akokoamong in the Ejisu municipality.

According to the information gathered, residents massed up and helped the police to arrest the suspects on Thursday, September 22, 2022.

Speaking on the arrest, Daniel Owusu who is the assemblyman for the Akokoamong electoral area says members of the community have been asked to report any suspicious person or activity for the security of all residents.

“Our suspicion is that they have been defrauding people because nothing here shows this place is a school and they can’t tell us the job they’re doing. We have informed residents that, they should report anyone or anything suspicious,” the assemblyman told the media.

Mohammed Ali Alpha, a resident who also spoke to the media disclosed that the suspects have been living in the area for the past three months but nobody knows the work they do.

“Every week you will see a car come here in the evening and drop off some of them. None of us know what exactly is happening in the house but you will always see them making calls for hours in the evening. Out of curiosity, I entered the house one day and asked them what their mission here is but they claimed they’re learning because the place is a school,” he said.

Residents also suspect that the foreigners may be involved in illegal mining activities.