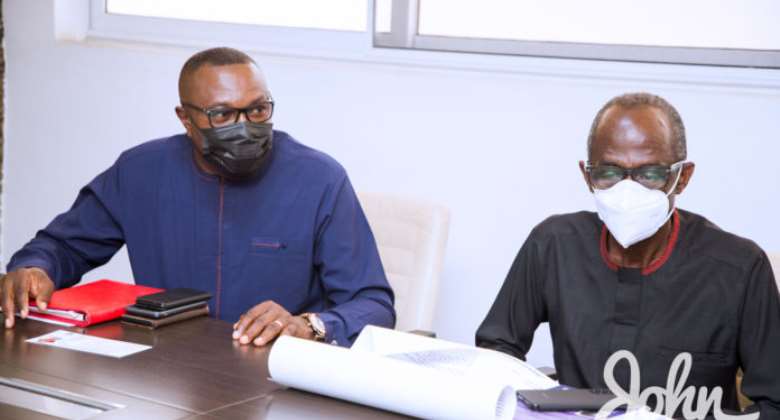 Following the open declaration by Johnson Asiedu Nketia, the General Secretary of the opposition NDC not to run for re-election but run for the chairmanship position to unseat Samuel Ofosu Ampofo or retire, Benjamin Emmanuel Ephson, Managing Editor of the Dispatch Newspaper and a well-known pollster, has analyzed the charisma and credibility of the two stalwarts.

According to the renowned pollster, in an interview on Accra-based Metro TV, both are in good standing in terms of their experience and connections to the grassroots.

“You will need to have a chairman who would be respected across board. You need to have a Chairman who inspires confidence in the grassroots and for the two of them, the nature of their positions, Asiedu Nketia has been General Secretary. He has worked at various levels in the party.

Following the party's internal elections, former President John Dramani Mahama has been advised not to meddle in the NDC's upcoming national executive election.

The former President was advised not to support any candidate.

The reason, Ben Ephson said, would jeopardize his bid to lead the party in 2024 should his favourite lose.

The pollster stated that the party's fate in the upcoming 2024 general elections will be determined by the success of its internal elections.

“The party’s performance in 2024 will depend on two main things. How whoever is the flagbearer conducts himself because if John Mahama is the flagbearer for example and he supports ‘A’ and ‘A’ does not win, you can be sure the relationship between Mahama and the person he doesn’t support will not be cordial.

“I think that for the party’s own future towards 2024, Mahama will have to be as neutral as possible,” said the pollster.

He, however, intimated that “even if you are going to support someone you have to do it discreetly because these are leading members with big stature in the party. So the party’s unity and coherence towards 2024 will be how the flagbearer or how the party hierarchy is non-partisan in terms of these two leading members.”