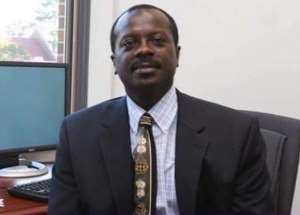 As reported this morning, the exam which was scheduled to start at 10:00am has been cancelled.

The decision was taken by the Independent Examination Committee of the General Legal Council after the four-page exam paper leaked.

Subsequently, the organisers of the examination have rescheduled for the exams to be written later this afternoon.

Having learned of the new arrangement, Kwaku Azar has reacted, giving an indication that candidates are being treated unfairly.

According to him, the Independent Examination Committee are treating candidates as if they are not humans.

“Traumatized students directed to take a new exam at 2:00PM. We treat people like they are not people. Da Yie,” Kwaku Azar has posted on his Facebook page.

Following the directive by the Independent Examination Committee, candidates are gearing up in the hours ahead to sit for the exams.