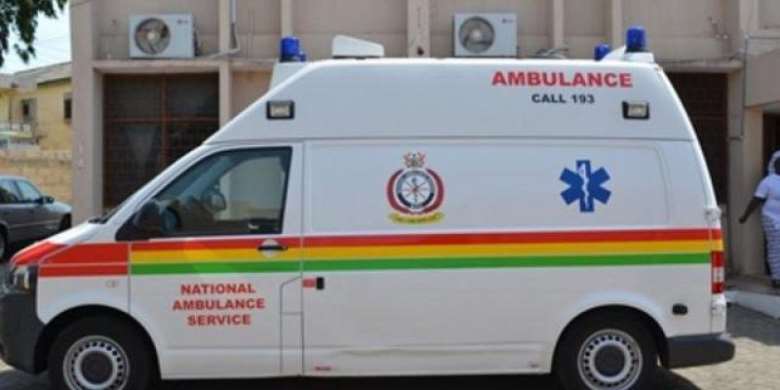 The National Ambulance Service says it has begun investigations into a viral video that captured some bystanders soliciting money for fuel to support the transportation of accident victims in the Central Region.

In the video, some Emergency Medical Technicians (EMTs) are seen attending to accident victims at a spot along the Cape Coast-Mankessim highway whilst a young man is seen soliciting money from persons around.

The Service has confirmed that the vehicle is part of its fleet but had “enough” fuel before it was dispatched to the accident scene on Wednesday, September 14.

In a statement issued on Thursday, September 22, the Service said it is routine practice for a crew to first stabilise victims when there is an accident before taking them to hospital.

“It was in this process of stabilising the patients that some by-standers captured the scene, did a video commentary and posted the video on the social media,” the statement issued by the Deputy Director of Public Affairs, Simmons Yussif Kewura, said.

“It can be seen in the video as captured that the EMTs were busily attending to the victims to stabilise them before moving to the hospital and not because the Ambulance had run out of fuel.”

The Service emphasised that it has not sanctioned any collection of money by by-standers and will investigate the circumstances under which the move was made, as scene in the video.

This issue comes months after some EMTs in Takoradi were accused of demanding GH¢600 for fuel in order to transport a woman in labour from Holy Child Hospital to the Korle Bu Teaching Hospital.

The situation delayed the process, as alleged by the widower, and the woman eventually died.

The Service, however, laid the blame at the doorstep of the hospital.