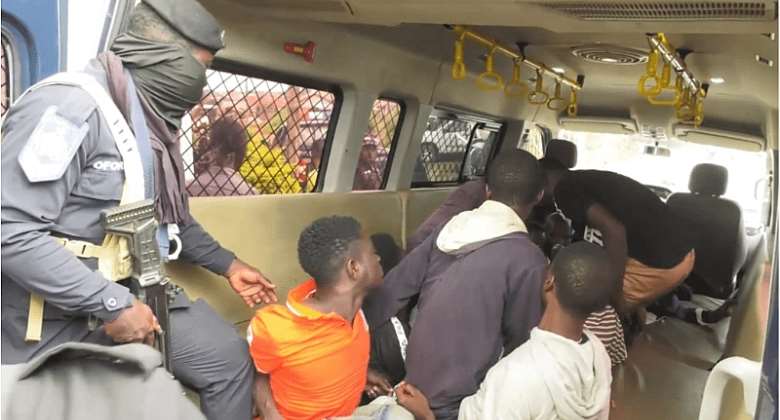 Some 21 foreigners suspected to be illegal immigrants have been arrested in a 5-bedroom house at Akokoamong in the Ejisu municipality of Ashanti region.

The suspects were picked up by residents of the area and handed over to the police, Thursday September 22, 2022.

The suspected illegal immigrants, according to some residents have been housed in the building for the past three months.

“Every week you will see a car come here in the evening and drop off some of them. None of us know what exactly is happening in house but you will always see them making calls for hours in the evening. Out of curiosity, I entered the house one day and asked them what their mission here is but they claimed they’re learning because the place is a school” Mohammed Ali Alpha, a resident told 3news.com

Unsatisfied with the answer, the resident reported the issue to the assemblyman for the area who together with his unit committee members stormed the house and detained the 21 persons.

They called the police to pick them up.

“Our suspicion is that they have been defrauding people because nothing here shows this place is a school and they can’t tell us the job they’re doing. We have informed residents that, they should report anyone or anything suspicious”, assemblyman for Akokoamong electoral area. Daniel Owusu said.

Several people gathered in front of the house to catch a glimpse of the operation.

Some laptops and desktop computers were retrieved.