‘If you kill, you get killed’ – Hassan Ayariga vows to deal with criminal elements in gov’t if elected president 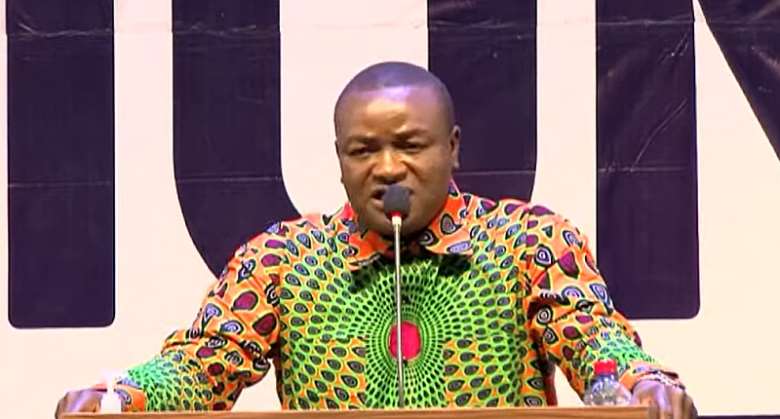 The Founder and Leader of the All People’s Congress (APC), Dr. Hassan Ayariga says if elected President in the 2024 general elections, he will make crime a thing of the past.

According to the Ghanaian politician and businessman, he will prosecute all criminal elements found guilty of crimes against the state.

“Some people must go to hell for others to go to heaven. You need to punish, you need to deal with issues. Some will go to jail depending on the kind of crime they commit. If you kill, you get killed,” Dr. Hassan Ayariga told Joy Prime during an engagement.

Insisting there are 'armed robbers' in government, he assures that his government will fish them out and send them to jail to serve as a deterrent to others.

“We’ll not have armed robbers because we’re going to create a national data system that will capture the data of everybody and make every Ghanaian useful. It will stop crime and reduce robbery because, in Dubai, the crime level is 0.004. Why? Data.

“When you have the right leaders put in place, everybody gets to benefit. Why do you think there are armed robbers in the country? It’s because of the situation. Nobody wants to be a thief. The main armed robbers are the government officials, so we’ll send those ones to jail first,” Dr. Ayariga said.

After multiple failed attempts to become president, Dr. Hassan Ayariga is gearing up for another fight.

He is confident that when given the chance, he will change the fortunes of the country.