Death at rally against M23 rebels in east DR Congo 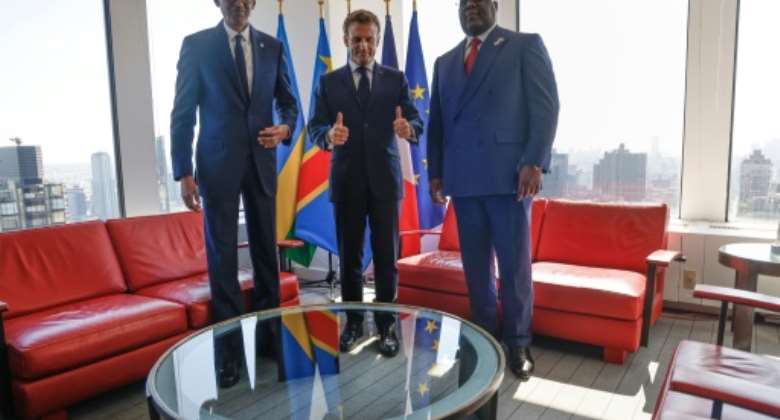 One person was killed and two others wounded in eastern Democratic Republic of Congo on Thursday during a demonstration against the M23 rebel group, local officials said.

Civil-society groups staged the rally in the town of Rutshuru in North Kivu province to protest the army's perceived inaction against the M23 -- which has captured swathes of territory since the summer.

A mostly Congolese Tutsi group, the M23 first leapt to prominence in 2012 when it briefly captured North Kivu's capital Goma before being driven out.

M23 rebels resumed fighting in late 2021 after lying dormant for years. They have since seized territory across North Kivu, including the strategic town of Bunagana on the Ugandan border.

The DRC has repeatedly accused its smaller central African neighbour Rwanda of backing the M23, although Kigali denies the charge.

On Thursday, protesters gathered outside the office of the military administrator in Rutshuru on the 100th day of the M23's occupation of Bunagana.

Police officers shot at demonstrators, killing one and wounding two, according to Justin Bin Serushago, a spokesman for a local civil-society group.

"We will not move until military operations have resumed against the M23," he told AFP.

An official at Rutshuru general hospital who requested anonymity confirmed that one person -- a young man -- had died after he was shot in the chest.

A senior police officer in Rutshuru told AFP that several people had been wounded in the protest, without offering further details.

The front between the army and the M23 has remained relatively calm in recent weeks, with soldiers and rebels observing each other from their positions without engaging.

The protest in Rutshuru comes after the DRC's President Felix Tshisekedi met his Rwandan counterpart Paul Kagame on Wednesday in New York, in a meeting brokered by French President Emmanuel Macron in a bid to calm regional tensions.