Is Ghana`s presidency on the line? The politics of Galamsey from a political marketing perspective 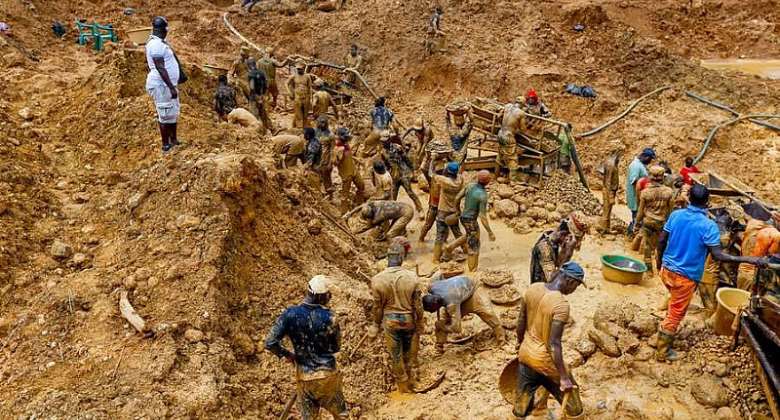 Illegal mining (Galamsey) is not only one of the greatest existential threats to our country but also the presence of foreigners in that enterprise gravely insults our dignity and conscience as citizens in a sovereign nation. The questions that most Ghanaians keep asking are:

Is the political class complicit and does the class hold the solution to this problem?

In this piece I intend to contribute to the discourse on the politics of Galamsey by applying principles and theories from marketing.

To assist our understanding of this piece I conceptualize the relationship between a government and citizens as service provider-customer relationship. I argue that, fundamentally, trust and integrity underpin all forms of government-citizen relationships: leaders show integrity and that translates into citizen’s trust and confidence.

The president of Ghana in 2017 made a promise to Ghanaians to eradicate illegal mining “once and for all”. Relevant comments attributable to the president in that direction have been;

“It will be a betrayal of the trust reposed in me if I fail to end this.”

“I put my presidency on the line for Galamsey fight”

Essentially, the promise to put the presidency on the line for Galamsey fight had effectively created what is referred to in marketing as: SERVICE GUARANTEE

The role of service guarantee in political marketing has been to help citizens form relatively accurate service expectations from the incumbent. The guarantee by the president had given Ghanaians the right to complain.

The promise or guarantee to put the presidency on the line had two major political consequences:

The “POLITICAL MOMENT OF TRUTH” are those times during which citizens expect their government to fulfil promises that have been made before, during or after national elections.

I intimate that all too often, we have seen politicians pay lip service to the citizens while preparing their party/government for short-term payoffs (power and money).

After five years in office the president and his team have passed through several moments of truth; enough time to demonstrate to their electors that they are capable and willing to deliver on the Galamsey promise.

Illegal mining is a negative practice that socially and politically significant groups of people in Ghana believe to be caused by avoidable and blameworthy failures of the president and his team.

The actions and inactions that give rise to political policy/ service failure are;

What are the consequences of POLITICAL SERVICE FAILURE for the incumbent?

HAS THE PRESIDENT GOT ANY MORAL REASONS TO CONTINUE TO BE IN OFFICE?

Does the failure of the president to act (maybe resign) not provoke CONFIDENCE CRISIS? What exactly did he have in mind when he made the promise?

WHAT IS THE HONORABLE THING FOR A LEADER TO DO WHEN HE BETRAYS CITIZENS` TRUST?

Does the sense of betrayal Ghanaians now feel not provoke CREDIBILITY CRISIS?

What are the POLICY/ SERVICE RECOVERY options for the president and his party?

Though the best strategy, option three will require sincere and genuine commitment from the presidency. I am not sure if this is possible because of the obvious complicity of the political class in the matter.

This third approach will demand sincere and honest engagement of all stakeholders along the Galamsey value chain. More importantly, a bottom-up approach that empowers affected communities to support the new initiative will ensure policy success.

Crowd jeers, boos Akufo-Addo on stage; chants 'away!' amidst...
9 minutes ago