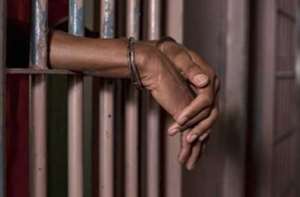 The two suspects in the kidnapping and killing of a trainee nurse in Mankessim in the Central Region have been arraigned before a court today, Thursday, September 22.

At the end of the first hearing of the murder case, the chief, Tufuhene of Ekumfi Akwakrom Nana Onyaa, and the pastor, Christopher Ekow Quansah have both been remanded into Police custody.

The suspects have been arrested by the police for killing and burying the 25-year-old trainee nurse identified as Georgina Asor Botchwey.

The two reportedly committed the act after the family of the trainee nurse failed to pay a ransom of GHS15,000.

After the murder, the two connived and buried the victim in the kitchen of the chief in his house at Mankessim.

Earlier this week, the chief, Nana Onyaa fled the town when he heard that his accomplice, the pastor was in the grips of the police.

After investigations by the police, the chief in the last 24 hours was arrested in his hideout at Ekumfi Akwakrom.

In court today, the two suspects were charged with conspiracy to commit crime with murder and murder, contrary to section 46 of the Criminal Offenses Act 1960, Act 29.

They were denied bail and remanded into police custody to reappear on October 3.

Police investigate drowning of officer at Sefwi Amoaya
10 minutes ago