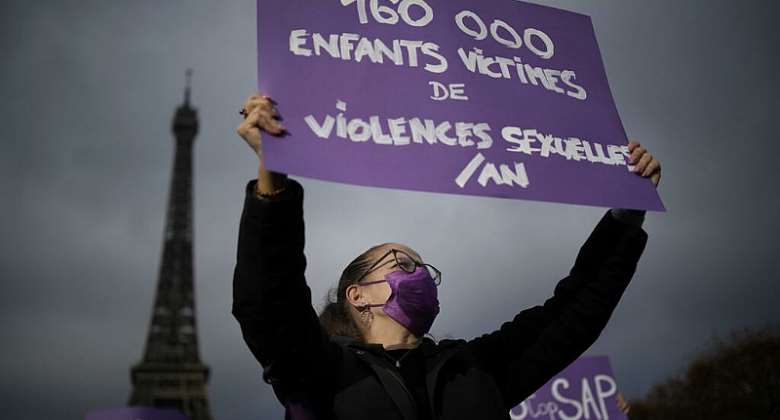 In the wake of a shocking independent report on the prevalence of incest in French families, the government has announced legal changes to deal with sexual crimes against children. Among other measures, parental authority can now be withdrawn from those convicted of incestuous acts. An estimated 160,000 French children are victims of incest every year.

The Commission on Incest and Sexual Violence against Children (Ciivise) began work in January 2021, following the publication of La Familia Grande, an account by Camille Kouchner of the suffering inflicted on her twin brother and herself by an abusive stepfather.

The commission report is based on 16,414 interviews with victims, and speaks of the waking nightmare suffered silently by children confronted by the unconstrained desire of those they thought they could trust.

"I was sentenced to life imprisonment at the age of eight," one victim told the commisssion.

Nearly all victims speak of their own subsequent sexual difficulties as adults, many refusing the idea of themselves becoming parents. Anorexia, obesity, self-mutilation and addiction are among the other long-term consequences of an abusive childhood.

"I drink alcohol or smoke weed, not to relax, not for fun, just so that I can fall asleep and be sure I won't dream. Because my dreams are nightmares," said one survivor.

Another, the actress Corinne Masiero, said that she detests the words "love" and "family", explaining that she rejected the idea of motherhood so as "to break the chain" of suffering.

The legal changes, which Justice Minister Eric Dupond-Moretti will present to parliament as modifications of existing legislation, are based on recommendations made by Ciivise.

The incest commission report, published this week, emphasises the long-term trauma suffered by victims of in-family sexual abuse, and calls on the state to make a robust and rapid response.

Dupond-Moretti issued his promise of legislative modification within hours of receiving the report.

Also on Wednesday, Charlotte Caubel, the Junior Minister Responsible for Childhood, announced the establishment of a support and counselling service intended to help health professionals who have to deal with child victims of sexual abuse.

A national campaign is to be launched early next year, with the intention of alerting the general public to the warning signs and the damage caused by incest, as well as publishing the various legal and medical solutions available.

The last such campaign was in 2002.
Health Minister François Braun has promised a similar campaign to improve the training of health professionals in such areas as the early detection of mistreatment of children, respecting children's privacy, and ensuring that no one is the victim of violence.

The courts are to be encouraged to support victims at every stage of the judicial process, especially in cases where parental authority collapses or is withdrawn.

That support is to be made available immediately suspicions are raised, and is to continue through all phases of the legal process until the victim has been fairly compensated.

The commisssion has asked for emergency funding to enable victims to benefit from specialised and expensive long-term psychological help.

The commission reserves a special place for the fight against sexual criminalty on the internet, noting that cases of so-called "grooming" ... the creation of an emotional link with a child through on-line contact ... have shown a huge increase.

Police capacity to investigate such crimes, however, remains insufficient. There are 30 officers working against internet sex criminals for the whoile of France.