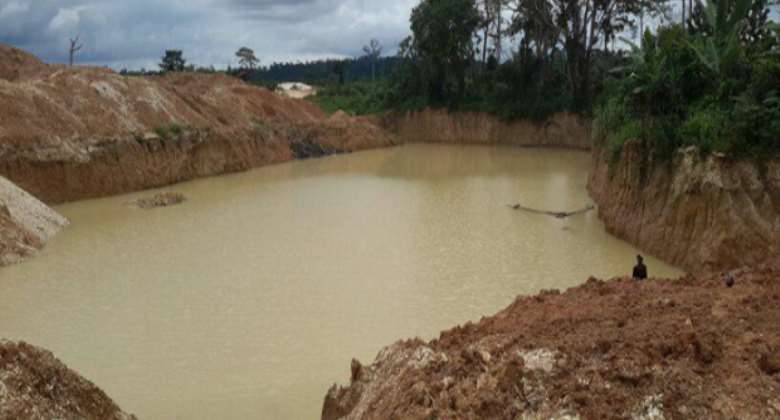 Someone complained to me after I had posted an article reporting that “30,000 Chinese” had obtained "Non-citizen Identity” cards from the National Identification Authority (NDA):

Greetings to you, Cameron.

“I feel the need to react publicly to [your posting] because I find the Daily Guide's presentation of the newsworthy facts is undoubtedly misleading, but also, in my estimation, deliberately and disgracefully so.

“The headline — and, more specifically, the news editor's [CORRECDTION: SUB-EDITOR’S] choice of the verb "grab" — is quite bad enough for me. The body of the story is far worse though, with its incendiary opening line, claiming, "Chinese nationals have taken over Non-citizen National Identity card". (Never mind the grammatical atrocity.)

“An untwisted summary of the substance of the story would have said simply, "35,000 Chinese [nationals issued non-citizens'] ID Cards".

[COMMENT BY CAMERON: But do you know how much space he had to work with?]

“There's a disturbing wave of anti-Chinese hysteria percolating through a section of Ghanaian society, and it appears to me that some unscrupulous media owners are seeking to cash in on this tendency. I fear that by circulating this kind of material — especially in the form of a naked, provocative headline such as this — one risks compounding the publisher's unprofessional, irresponsible and frankly offensive conduct, which seems calculated to incite disaffection toward a group of legally resident and law-abiding, but easily identifiable, members of our multicultural community, based purely on their looks, race, ethnicity or presumed nationality.

This is embarrassing for a country that boasts so loudly about its supposed hospitality. Anyone who promotes this kind of "journalism" would bear a part of the blame if the particular strand of xenophobia that the DG is flaunting here were ever expressed in a form that went beyond verbal aggression. Against the backdrop of current events that concern the alleged misdeeds of a single individual, an outbreak of indiscriminate violence against these tens of thousands of our Chinese guests is not hard to imagine.

[CAMERON’S COMMENT: This is rich! People’s drinking water has been turned to mud by unscrupulous people and when they protest – mind you, with mere words written in a newspaper -- you accuse them of “aggression”? Oh come on, KAA! What would the Chinese do to Ghanaians who polluted the drinking water of the Chinese?]’

“What concerns me even more than the sheer ignorance, envy and nastiness fuelling the incipient mood of Sinophobia is the fact that it runs directly counter to Ghana's strategic national interest. “

[ICAMERON’S COMMENT: It would help if you could specify this “strategic national interest” and juxtapose it against the importance of our drinking water!]

“I think a significant cause of our tragically enduring national failure is that Ghanaians — including some of our self-styled intellectuals — have not yet figured out for themselves what the national interest consists of. [AHA! We are waiting for your no doubt very sagacious contribution, as the first step to a national debate!]

“Anyway, I suspect every reasonable person on [this] platform would agree that the DG headline was loaded, and that it ought not to have been given the oxygen of further publicity in the first instance. [CAMERON’S COMMENT: Oh, so YOU decide what your fellow citizens should think, does you? And by what right, pray?]

“However, solely for the purpose of making it easy for other readers to validate the judgement I made, I've reproduced the article below. Best regards. UNQUOTE

[CAMERON: I MADE SOME COMMENTS ON THE GENTLEMAN’S DIATRIBE AS FOLLOWS:]

“Dear... I need not point out to you that if I were to personally verify the stories published on our news websites before posting them, I would have no time even to breathe.

“The postings are precisely to elicit comments from people who are interested in the subjects covered, especially those who have new information that may add to knowledge on the subject(s).

“Frankly, I don't see what your beef is about: the Daily Guide figures only report what the Director of the NIA said. If the Director's figures were distorted by the DG report, perhaps you would care to SPECIFY the inaccuracy and give us the accurate version?

“As for the hysteria which you say the DG report could engender, I am glad you bring it up. In articles I have written over the past 20 repeat 20 years, , I have warned the Chinese authorities that they should take an interest in what their citizens are doing in this country, particularly as regards galamsey.

“I pointed out in many of these articles that Chinese participation in galamsey in Ghana will impair – PERHAPS PERMANENTLY -- the friendship that exists between our two PEOPLES (AS AGAINST OUR GOVERNMENTS).

“Hysteria is created, not by inaccurate figures but by impressions. Hence, I have advised the Chinese to take the trouble to use their extremely efficient mechanism for being informed on what Chinese citizens are doing outside their country, to discourage or even stop Chinese citizens coming to Ghana to occupy themselves in activities related to galamsey.

“I had occasion to comment on this aspect of the issue when our former ambassador in China, Mr Boateng, published a pronouncement in which he stated that the Chinese had no means of supervising what their citizens do outside China. (Google: Duodu+good+news+from+gounzhou" ) Indeed, China does exert enormous control over its citizens and their movements, as well as imposing heavy sentences for crime, including carrying out acts prejudicial to good relations between China and foreign countries, especially friendly ones.

“Additionally, I would say that the argument that it is Ghanaians who take the Chinese to galamsey sites in Ghana is, whilst true, a red herring, in the sense that it is a well-known phenomenon that foreigners often take advantage of the economic weaknesses in any given society to wreck the society for profit. Ghana’s own history is full of pitiable examples of Africans who ignorantly collaborated with European slavers without realising that the slavery practised overseas was vastly different from the slavery on their own shores (which was mainly inflicted on war captives).

Similarly, Chinese history is replete with accounts of the pathetic and ruinous social effects of "The Opium Wars", for example, on the Chinese populace. During those times, there were Chinese "governments" in existence. But economic factors rendered them seemingly hapless and China became known as “The Sick Man of Asia!”. #

“I assure you that under Chairman Mao and Premier Chou En-Lai, a proper and realistic appreciation of the galamsey situation would have been worked out by now and that this vile galamsey calamity would therefore never be allowed to continue, to impair our mutual respect for each other.

“I then went on to make an important revelation that affects me personally: Indeed, I have empirical evidence to support my viewpoint that the Chinese do NOT want to help us to end the tragic galamsey situation: my website, http://www.cameronduodu.com, which contains many articles asserting my views on galamsey, has been purchased from the host (it appears) by a Chinese company! Just click on the address and see.

“Out of the 161,007 foreign nationals from 202 countries in Ghana that have been issued with the Non-Citizen card, Chinese top the list with 34,712 cards.

“Professor Kenneth Agyemang Attafuah, Executive Secretary, National Identification Authority (NIA) who put out this data at a press conference in Accra, indicated that Nigerians constituted the second-largest citizens with non-citizen Ghanacard, with a total of 25,873 cards.

“Prof Attafuah stated that NIA would, from November 2022, commence the registration of Ghanaians abroad.