It's premature to assess me now; pettiness don't move me — Cape Coast North MP to critics 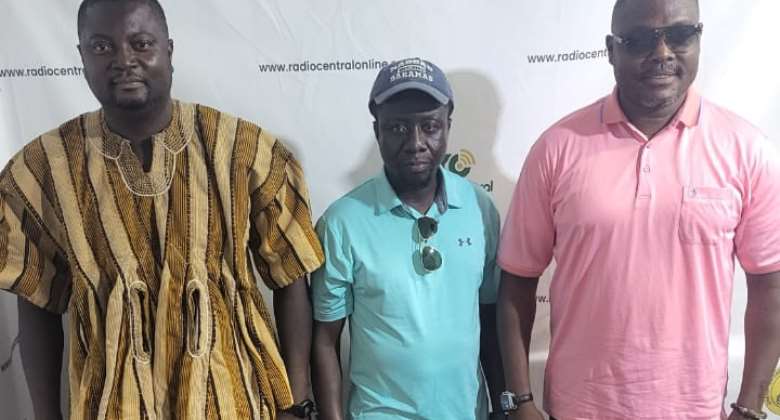 Dr. Kwamena Minta Nyarku, the Member of Parliament for Cape Coast North has berated his critics to calm down since he has done a year and nine months out of his four year mandate.

He said it was too early for anyone to accuse him of non-performing.

"I'm barely 21 months old in office and very premature for my opponents to be criticising me for non performance. I duly accounted to my constituency last year and the good people of Cape Coast have thus far appreciated my contribution.

"If you want to criticise, wait and do so at the end of four years to ascertain whether all the promises I made have been delivered or not. As your Member of Parliament, I think people should rather support me to do more to help the good people of Cape Coast North Constituency than to be criticising me on requests I have duly supported," he stated.

According to him, plans are still underway to get those projects started. "I promised either a factory or 2 and an astro turf. All these are within the four year mandate. Let us all wait with bated breath and assess me at the end of my four years".

He added that the promises he made were hinged on his three pillars: empowerment, entrepreneurship and sustainable development.

"Everything I've done within these one year and nine months are within these 3 pillars. I refuse to allow anyone to set any agenda for me. Pettiness and partisan politics do not move me in any way. I will continue to work towards addressing the needs of my constituents and not the wishes of some people."

When asked to share his views about the government, he averred that answering such questions become difficult for him. "I don't know whether to approach the question from the academic or politician angle. But, the NPP campaigned on the back of non-performance on the part of erstwhile Mahama administration".

Dr. Kwamena Minta Nyarku, who also touched on the Sinohydro Road Projects bemoaned the state of the project in his constituency. "Per the documents and referring to the NPP communicators across the constituency, it was supposed to be a first class road. Looking at the roads constructed at Kwaprow, Akɔtɔkyir, Duakor, Ayifua, Bessakrom, Ammisano, Dankwakrom communities etc, can we say these are first class road?" he quizzes.

The Member of Parliament expressed his displeasure at the NPP communicators for blindly defending the Sinohydro project. In his view, "The people of Cape Coast deserve better as the people of Kyebi have been given a first class road so we must also get. He furthered that the roads constructed at Cape Coast South and some parts of Cape Coast North by the then NDC government, are all first class roads, compared to what the Sino Hydro project has constructed."

He added, "If you're NPP or NDC and your party is in government and they do something wrong, say it. We cannot be defending what doesn't benefit us as Cape Coasters. We too deserve better."