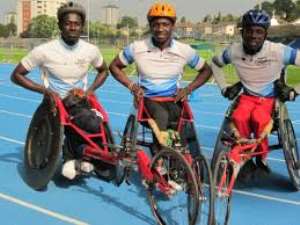 The passion Ghanaians have for football has made sporting activities such as badminton, cricket, beach volleyball and the likes unattractive. Nonetheless, President Mahama decided to change the trend by not only supporting and creating the conducive environment for these lesser-know sports to flourish, but also took interest in sporting activities for the disabled.

The interventions in these sporting endevours by HE John Mahama has yielded results and continue to accrue benefits.

Proof of these are evidenced in some international championships which I am going to catalogue.

The under-19 Beach volleyball international competition held in Benin in February, 2013, gave Ghana a gold in the girls division while the boys brought home silver.

Cricket featured prominently in Ghana's quest for medals in international games. During the ICC Africa Regional Division 2, Under-19 Tournament in South Africa in March, 2013, the Ghana team won gold which qualified them to participate in another regional tournament in Kenya.

Gold was also won during the
International Beach Handball Tournament held in Togo in August, 2013.

There are others: Ghana won a gold and a silver during the Africa Judo Championship in Mauritius in October, 2013.

There was a medal haul
during the Africa Weightlifting Championship in Morocco in November, 2013. A total of 19 medals were won, 6 silver honours and 13 bronze laurels.

Disabled sports were not left out. Alem Mumuni won bronze at the International Paracycling Road and Time Trial in Canada in April 2013. Besides, Ghana's deaf football team won silver during the West Africa Deaf Football Championship in Benin in November, 2013.

It is worth noting that all these were achieved when Hon. Elvis Afriyie Ankrah was the Minister for Youth and Sports under President Mahama's Administration.