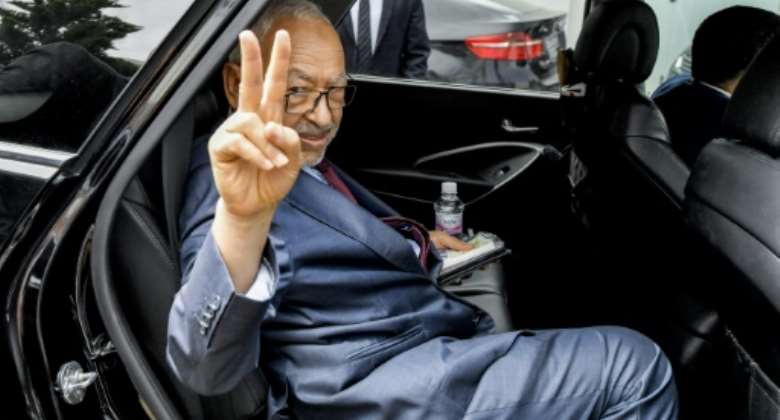 The leader of Tunisia's Islamist-inspired Ennahdha party was questioned through the night by counter-terrorism police over alleged complicity in the departure of jihadist militants for Syria and Iraq, his lawyer said Wednesday.

Rached Ghannouchi, 81, finally left the police station in Tunis at 6:30 am (0530 GMT), an AFP correspondent reported.

The longtime exile had been a dominant figure in Tunisian politics after the Arab Spring uprising of 2011 but is a bete noire for President Kais Saied, who tightened his grip on the judiciary following the suspension of the Ennahdha-dominated parliament last year.

Ennahdha categorically denies the accusations levelled at Ghannouchi and Tunisia's former prime minister Ali Laarayedh, who was questioned for hours on Monday.

Ghannouchi has now been summoned to appear before the judiciary's counter-terrorism branch later Wednesday, his lawyer Samir Dilou told AFP.

He had spent 12 hours waiting to be questioned at the police counter-terrorism unit on Monday before being told to come back the following day.

His party denounced the interrogation as "a flagrant violation of human rights".

Critics of Ennahdha accuse it of having facilitated the departure of militants for war zones.

After the 2011 overthrow of dictator Zine El Abidine Ben Ali, thousands of Tunisians joined the ranks of jihadist organisations -- most notably the Islamic State group in Syria and Iraq, but also in neighbouring Libya.

Ennahdha played a central role in Tunisia's post-Ben Ali democratic politics until Saied began his power grab in July last year, followed by a controversial referendum which granted unchecked powers to his office.

The party has accused the president of seeking "to use the judiciary to tarnish the opposition's image" and "distract the public" from the North African country's pressing economic woes.

In July, the same counter-terrorism unit questioned Ghannouchi in a probe into allegations of corruption and money laundering linked to transfers from abroad to the charity Namaa Tunisia, affiliated with Ennahdha.