Who is a Ghanaian? 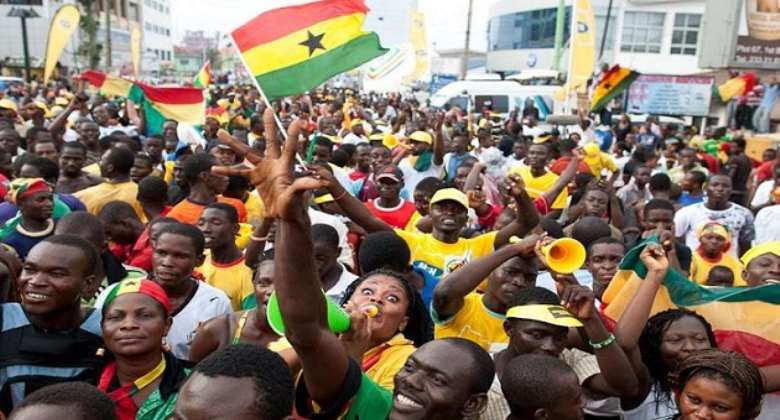 A former Deputy Governor of the Bank of Ghana, Dr. A. Mohammed, has written an article which he describes as a presentation on the issue of citizenship of Ghana from a layman's point of view.

As a timely presentation, we deem it very critical and worthy of dissection because of its significance.

A lot of Ghanaians from the Zongo communities especially, have endured avoidable pain during the Ghana Card registration and during voters' roll compilation.

As an editorial, we are limited in our ability to deal with this subject exhaustively because of space constraints and the fact that as Dr. Mohammed stated, it belongs to the realm of the learned wigged ladies and gentlemen.

Be it as it may, there is the need to state that there is ignorance about who qualifies to be called a citizen of this country. Many citizens of our country, because of their limited knowledge of the history of Ghana, coupled with same for the 1957 Constitution, often refer to their compatriots in the Zongo communities and descendants of West Indians and Sierra Leones as foreigners, a gaffe which has often been carried into exercises such as the citizenship registration.

In order to steer away from the complexities of the interpretation of the constitution, which we have limited knowledge of anyway, we shall stay with the 1957 document which, as Dr. Mohammed pointed out, is the mother of subsequent ones.

Their forebears were in Ghana long before even the Union Jack started fluttering on this land which became the Gold Coast and when it was lowered for the independent Ghana.

As Dr. Mohammed pointed out, Hausa, originally from Nigeria, has taken different variants in Ghana and today constitutes a Ghanaian language – the barracks Hausa, the Kumasi variant, the Nima and Sabon Zongo types.

Shouldn't we find a way of incorporating the history of this country in the curriculum of our country?

We are definitely not saying that all residents of the Zongos are Ghanaians. No, the point is that those of them who do not fall into the category of those ancestors settled here hundreds of years ago, and who the constitution rightly admits as citizens, are not the persons being referred to. There are foreigners mixed up in the aforementioned segments of the country who should not claim citizenship of this country unless they satisfy the other requirements such as naturalisation procedures clearly spelt out in the constitution.

The Zongos are critical segments of Ghana, her bona fide residents being bona fide citizens of this country.

I am a Hausa from Sabon Zongo Accra or Aboabo in Kumasi or even a Mossi from Mossi Zongo in Tamale because my great grandfather was here long before the British, and later became a protected citizen of the Gold Coast.

Once more, we are not stating that the acquisition of the Ghana Card should be so simplified as to allow foreigners to acquire it, far from it. Those who claim to be Hausa or Yoruba and Ghanaians, and can prove their citizenship, should not be denied this right because, as Dr. Mohammed said, doing so would constitute a breach of the constitution.

Shouldn't the Zongo elites, and they are many and formidable, organise a forum to educate their non-educated neighbours to better understand this subject?

Police investigate drowning of officer at Sefwi Amoaya
31 minutes ago