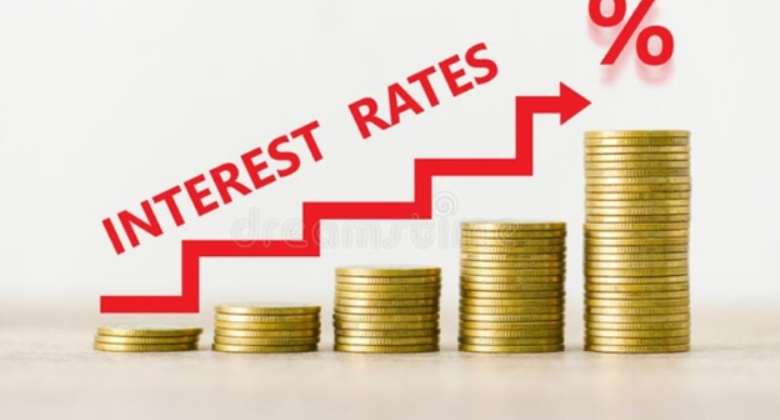 Interest rates continue to rise in the treasury market, signaling the increasing cost of borrowing by the government and its impact on the business environment.

This is coming despite government achieving its target from the sale of the Treasury securities for the 14th week running.

Though investor interest in the market has gone up significantly, the high pricing of these instruments is a major concern to many economists, analysts and market watchers.

According to the auctioning result published by the Bank of Ghana, the yield on the 91-day Treasury bill went up by 0.42% to 29.90%.

Meanwhile, the government mobilized 1.91 billion, about 6% more than the target. The target for the auctioning was ¢1.717 billion.

A chunk of the bids which came from the 91-day T-bill as ¢1.529 was secured from investors. However, the government accepted ¢1.520 billion of the bids.

In a related development, the Monetary Policy Committee of the Bank of Ghana is expected to begin its regular meeting tomorrow, September 20 to September 23, 2022, to find a strategy to curb the rising interest rates, driven by the increasing inflation.