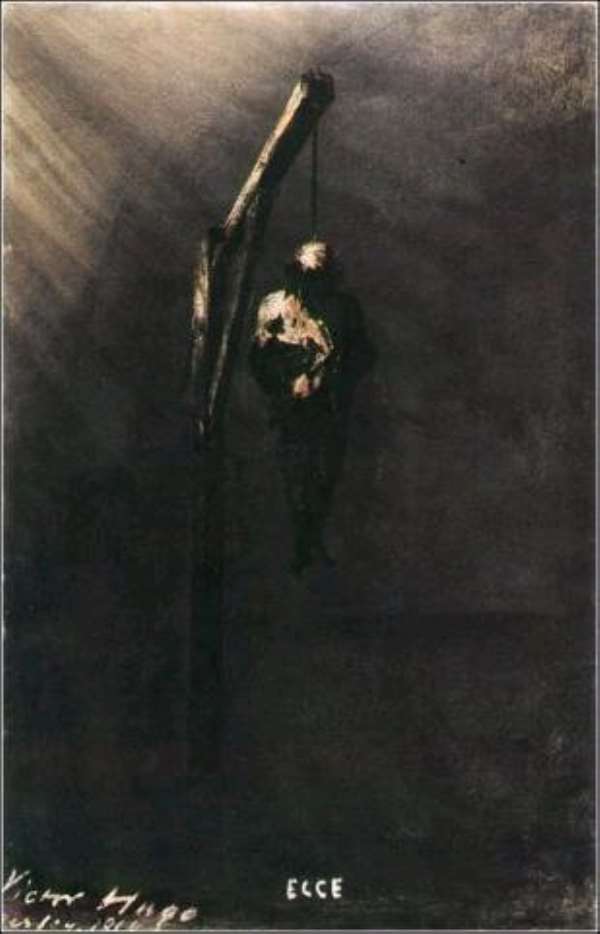 I read a news article on the abolishment of death penalty in Ghana and was impressed with the steps taken by the authorities. But then I have a little voice to add to the campaign.

Death penalty can be described as the judicially ordered execution of a prisoner as a punishment for a serious crime, often called a capital offense or a capital crime. Some jurisdictions that practice capital punishment restrict its use to a small number of criminal offences, principally treason and murder. Prisoners who have been sentenced to death are usually kept segregated from other prisoners in a special part of the prison pending their execution.

It is common to hear people say that, society has always used punishment to discourage would-be criminals from unlawful action and since society has the highest interest in preventing murder, it should use the strongest punishment available to deter murder, and that is the death penalty. They also believe that, if murderers are sentenced to death and executed, potential murderers will think twice before killing for fear of losing their own life.

But then has death penalty served as a deterrent? In my view the answer is No! This is because most people who commit murder either do not expect to be caught or do not carefully weigh the differences between a possible execution and life in prison before they act. Frequently, murders are committed in moments of passion or anger, or by criminals who are substance abusers and acted impulsively.

Death penalty imposes an irrevocable sentence. Once an inmate is executed, nothing can be done to make amends if a mistake has been made. There is considerable evidence that many mistakes have been made in sentencing people to death.

In a recent case of a man who was scheduled to be executed, after the system of appeals had rejected his legal claims. It was discovered that one witness had lied at the original trial; the investigators were able to find the true killer, who confessed to the crime on videotape. The innocent man who was released was very fortunate, this innocent man could have been killed for an offence he did not commit.

A criminologist friend I spoke to said that death penalty has the opposite effect, that is, society is brutalized by the use of the death penalty, and this increases the likelihood of more murder. Even most supporters of the death penalty now place little or no weight on deterrence as a serious justification for its continued use.

In other arguments, death penalty is seen as revenge, that is to say, inflict immediate pain on someone who wrongs us but for me that is not the standards of a mature society like Ghana. Revenge is not a sufficient justification for invoking a system of capital punishment, with all its accompanying problems and risks. Our laws and criminal justice system should lead us to higher principles that demonstrate a complete respect for life, even the life of a murderer. I therefore support the abolishment of death penalty and rather suggest sentences of life without parole. Prisoners who are given this sentence will never be released. By substituting a sentence of life without parole, we meet society's needs of punishment and protection without running the risk of an erroneous and irrevocable punishment. Thus, the safety of society can be assured without using the death penalty.

The notion of an eye for an eye, or a life for a life, is a simplistic one which our society has never endorsed. We do not allow torturing the torturer, or raping the rapist. Taking the life of a murderer is a similarly disproportionate punishment. Views expressed by the author(s) do not necessarily reflect those of GhanaHomePage.

Two persons accused of killing 11-year-old boy at Kasoa to b...
38 minutes ago

Akufo-Addo can’t even bath in the Presidential jet, it's not...
38 minutes ago