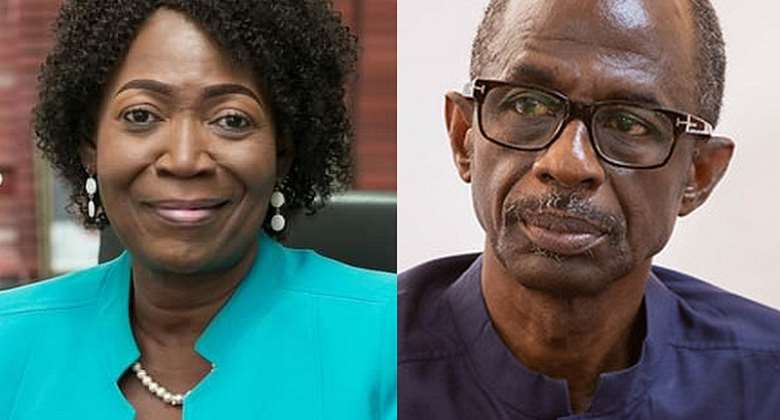 General Secretary of the National Democratic Congress (NDC), Johnson Asiedu Nketia, on Friday, September 16, 2022 allegedly suspended three diligent branch executives of the party in the Kpando constituency without recourse to due process as enshrined in the Party’s constitution.

The action according to one of the suspended Chairmen, Amalia Kofi, is a deliberate plot by the sitting Member of Parliament for Kpando, Dela Sowah to have an upper hand in the delayed branch election slated for next week.

In an interview with Ghananewsonline.com.gh, former Chairman for the Jesus Convent branch, Amalia Kofi, was horrified by the complete neglect of the appropriate structures instituted to redress grievances by the General Secretary, Johnson Aseidu Nketia.

He explained that all the executives accused of anti-party behavior were not given fair hearings before the decision by the General Secretary to suspend these individuals who labored for the party in the constituency at all times without reservations. Mr. Amalia lamented that NDC as a social democratic party must not be seen perpetuating injustice against its own leaders while upholding itself as the founders of Ghana’s democracy.

“I was accused of saying that I will not vote for the sitting Member of Parliament, Dela Sowah because of my affiliation with one of the independent candidates in the 2020 parliamentary election. The issue is that; I was not even given the chance to explain my side of the story by accepting or denying the said statement before my suspension by General Mosquito. It is just not fair,” he lamented.

Mr. Amalia further opined that the action of the General Secretary was fueled by the MP to silence these hardworking executives who do not hesitate to point out her abysmal performance and failure to improve the lives of the people of Kpando to her. He was certain that Madam Sowah is riding on her friendship with General Mosquito to perpetuate this injustice so as to take control of the delayed branch election and get her favorites elected into the various positions at the branches.

“I think the General did all these because of pressure from the MP, she just wants to elect her favorite persons elected into our positions because she believes we will not support her bid to continue to be MP, ” he noted.

He advised the Party leadership to reconsider their decision to suspend these stalwarts of the party in the constituency as that will spell doom for the grassroots of the party in the future. He explained that the suspended members are still very loyal to the NDC and will never cross carpet due to their grievances.

“See, we love the NDC, as Chairmen, we used our own resources to promote the NDC and we have not regretted it. The only one thing we desire is to be treated fairly, thus all,” he emphasized.

The other alleged unfairly suspended executives are Chairman for Gborfe Branch Enoch Drah and Sylvester Asuo, Youth Organizer of the Kudzra Branch.