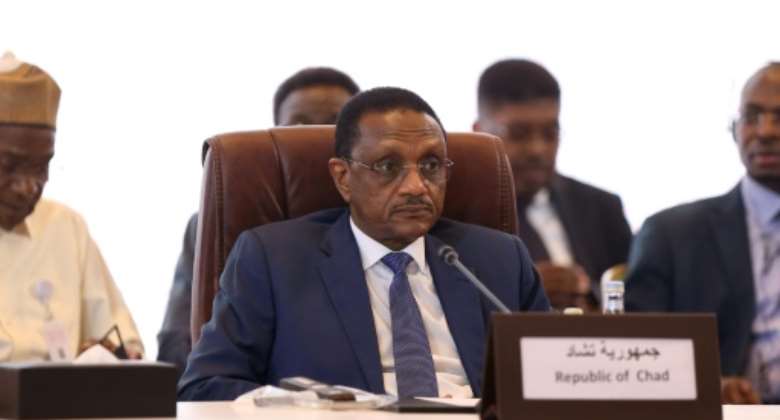 The foreign minister said he had been reduced to a "simple extra" by the junta. By Mustafa ABUMUNES (AFP)

Chad's foreign minister resigned on Monday, accusing the ruling junta of sidelining him at a key forum aimed at steering the country to democratic rule.

The talks, which began on August 20 after repeated delays, are being boycotted by many opposition parties, rebels and civil society groups.

In his resignation letter to Deby, Cherif accused the junta of "repetitive and untimely" interference and creating a situation "as unhealthy as it is confused and unacceptable... reducing me to a simple extra".

"For several months, my commitment and my desire to serve my country have been thwarted by parallel initiatives and actions by certain members of your cabinet and of the government, undertaken without my knowledge and on your instructions", Cherif said.

The 58-year-old has held several important jobs and was foreign minister twice.

Deby took the reins of the country after his father, a veteran ruler and former rebel leader, was killed during an operation against rebels in April 2021.

He dissolved parliament and suspended the constitution, vowing to hold "free and democratic" elections after an 18-month rule.

But the elections hinge on the outcome of the so-called national dialogue, a forum intended to seal changes to the constitution and other reforms.

Chad, one of the world's poorest countries, has endured repeated uprisings and unrest since independence from France in 1960.