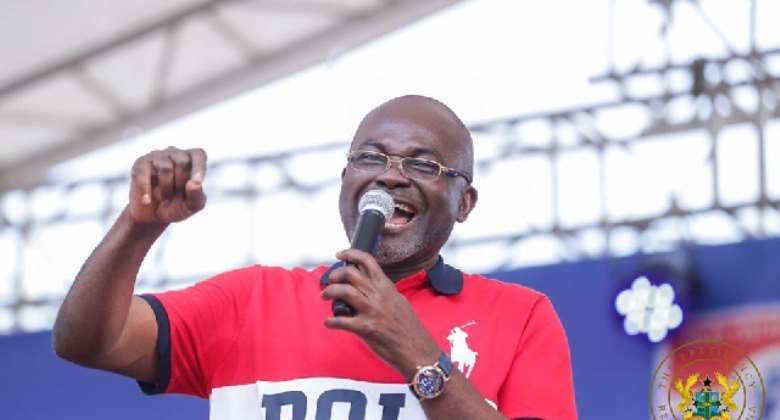 Despite the governing New Patriotic Party’s (NPP) warning to party supporters to desist from openly declaring support for the flagbearer bid of any aspirant until nominations are opened, some supporters in the Bono East Region, have defied the warning and declared support for the presidential bid Mr Kennedy Agyapong.

According to the party supporters, it is only the Member of Parliament for Assin Central Constituency in the Central Region that holds the key to the party winning the next elections.

The convener of the group, Kojo Owusu popularly known as Kojo Asempa, made this declaration in an interview after the group organised a press conference in the Bono East Region.

Mr Kojo Asempa speaking on Accra 100.5 FM’s midday news on Monday, September 19, 2022 said among the list of stalwarts canvassing for votes to lead the party, it is only Mr Agyapong who understands the plight of the grass root base of the party.

He said the candidature of Mr Agyapong has rejuvenated the grass root base of the party in the region.

“Before Mr Agyepong decided to declare to run, many of the party's supporters were apathetic towards the activities of the party in the region,” he said.

He claimed the decision of Mr Agyapong has brought massive joy to the grass root base of the party and added that in the spirit of party cohesion, Mr Agyapong stands tall in uniting the party for the 2024 general elections.

Mr Asempa also projected that the Assin Central MP can build on the fortunes of the party going into the 2024 general elections.

He was categorical in saying that Mr Agyapong holds the key to breaking the eight-year political jinx.

“The NPP can only break the eight with Mr Agyapong as flagbearer come 2024,” he posited.

“It is the reason as party supporters, we are rallying behind the candidature of the Assin Central MP,” he said.

Police investigate drowning of officer at Sefwi Amoaya
34 minutes ago