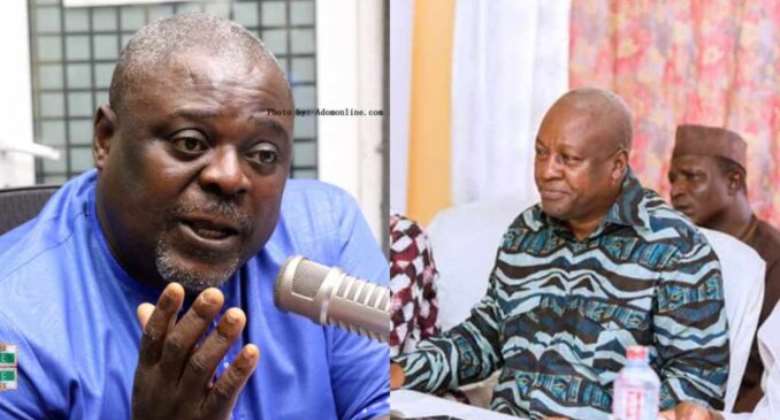 Former Deputy General Secretary of the National Democratic Congress (NDC), Samuel Koku Anyidoho has descended on ex-president John Dramani Mahama for claiming he has not been receiving emoluments due him as former President.

The 2020 presidential candidate of the National Democratic Congress (NDC) in an interview with TV3 disclosed that the allegations that he took home a gargantuan GHS14 million as ex-gratia are untrue.

In several other revelations, he said he is forced to pay for his bills because his entitlements are not being catered for by the state.

Reacting to the revelations, Samuel Koku Anyidoho has described it as whining. He tags the former President as ungrateful questioning him about what he did for the memory of late President Mills.

“John Dramani Mahama is whining & telling lies about his emoluments. Per documents, State pays when an ex-President travels abroad for official assignments - also entitled to 2 holidays in a year. So, if u travel on ur own account to have fun, why shd the State pay?

He further stresses, “I refuse to be enthused by the high-pitch yelping of John Dramani Mahama vis his supposedly truncated emoluments. He ungratefully did nothing for the Memory of President Atta-Mills.”

According to him, John Dramani Mahama is simply an ingrate.