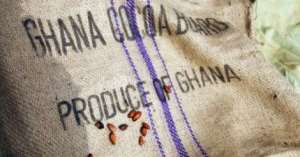 Cocoa was first introduced in Ghana in the mid, or thereabout, of the 19th Century; precisely 1876, by Tetteh Quarshie, an agriculturist who was a Ga-Dangme citizen. Many years later, cocoa has become the backbone of Ghana, an export commodity that fetches the country more foreign income than anything else.

However, one wonders why and how, the successive Ghanaian governments, dating from the start of Ghana’s political independence till date, have not been able to save enough money of their own to purchase the yearly harvested cocoa beans but have to fall on foreign countries for funds before they can make payment for cocoa beans so purchased from the local cocoa farmers.

Should I exempt the ex-late President Dr Kwame Nkrumah’s Conventional People’s Party (CPP) government from this accusation of incompetence since I quite remember there was a year that his government bought the harvested cocoa beans from the farmers, stored some and burnt the rest. This was because of some sort of disagreement between President Dr Kwame Nkrumah and the foreign countries that had intended to stifle his government, or did not want to pay the correct price for the cocoa.

All that I know since I became conversant with the deplorable situation of incapability and inability by Ghana governments and the established COCOBOD to have money of their own to purchase the harvested dried cocoa beans from farmers is that they always source for funds, or advance payments, from foreign countries interested in importing cocoa beans from Ghana. Without such advance payments, the government or COCOBOD cannot pay the local producers of the cocoa beans. What a shame!

For all these years, why have the governments or COCOBOD not been able to save enough money of their own, thus, profits from the previous years’, to fund cocoa purchases for successive years?

Is that not an act of incompetence on the part of the Ghanaian leaderships, including the COCOBOD?

What is COCOBOD and its functions, one may ask? COCOBOD is actually not an acronym but a shortened name for “The Ghana Cocoa Board”. “It is a Ghanaian government-controlled institution that fixes the buying price for cocoa in Ghana. Farmers are protected from the volatile prices on the world market through the price-fixing”. Shameful though!

COCOBOD can fix purchasing prices but it cannot ensure that profits earned from sales of cocoa beans exported abroad are accumulated, kept for purchasing future or subsequent years’ cocoa beans from Ghana farmers.

The staff of COCOBOD, especially the management, are known to be on hefty salaries and annual bonuses. Again, they award scholarships to their wards and favourites at the expense of the largely poor cocoa farmers.

Yes, COCOBOD has created some facility for awarding scholarships to some brilliant Ghanaian students. Nevertheless, they cannot have the foresight to create some fund for the purchase of cocoa beans but have to fall on foreign countries for money to be able to pay the poor farmers when they purchase their harvested cocoa beans. This is a shame, if not an unpardonable sign of incompetence on the part of both COCOBOD and successive Ghanaian governments.

Do all cocoa producing and exporting countries do as Ghana does, always sourcing foreign funds before being able to purchase cocoa from their farmers?

I can’t really get my head around this problem of inability by Ghana to have enough money of her own to pay farmers when she buys cocoa beans from them. What a clear testimony to the fact black men are incapable of managing their own affairs. If Ghana were a white man’s country, the government will never go sourcing for funds from outside to be able to pay their cocoa farmers, after all these hundreds of years into cocoa production and export.

About seven years or so ago, I read from the London Financial Times newspaper about Ghana owing, I should think Switzerland, or one of these European countries, several metric tons of cocoa that they had paid for already. The exact name of the country may have escaped my mind, although I kept a copy of the newspaper for years, only to be thrown away about a year ago.

From the papers, I could read that the country had made advance payment for the supply of a specified quantity of metric tons of cocoa. However, Ghana could not produce enough cocoa beans to meet their demand already paid for. Therefore, the shortfall in their demand was to be met by the next year’s cocoa production.

I was shocked to read that news. It meant Ghana had squandered the money for cocoa beans yet to be produced, whether it could be produced at all, since we depend on the vagaries of the weather and at the mercy of God for good weather for the fruition and harvesting of cocoa.

Many years have gone by that Ghana should be able to have her own money to pay for cocoa beans purchased from farmers without sourcing for funds from overseas buyers.

Could someone ask Kennedy Agyapong (Hon) for me on how he can make COCOBOD, or Ghana, have her own money to pay for cocoa purchased from farmers without seeking any full or partial advance payment from foreign buyers ahead of the fruition and harvesting of the year’s cocoa beans, if he was elected president of Ghana?

I am looking forward to a team of Kennedy Agyapong (Hon), Dr Alhaji Mahammudu Bawumia, Dr Kwabena Duffour and Dr George Akuffo-Dampare to solve this particular problem that Ghana is waist-deep mired in..

May I pause to observe a minute silence for Her late Majesty Queen Elizabeth II, who is due for burial this evening, Monday, 19 September 2022.

We expect President to respect the roadmap on Ofori-Atta's d...
22 minutes ago