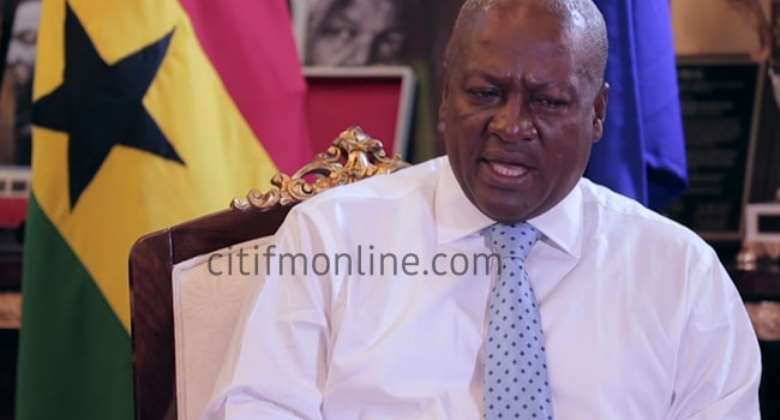 The former president of Ghana has recently adopted an intriguing stance in our body politics. Perhaps strategically, he does not want to appear to be undecided when it comes to issues of national importance. He has opted to offer commentary on current events affecting the nation. Mahama has so far offered his opinions on the galamsey and corruption wars as well as other developmental challenges. All in all, the former President has chosen to criticize Akuffo Addo for his failure to lead the country to prosperity.

What worries me is the former president's unusual ambition to seize back power soon to improve Ghana's economic predicament. He is heard making promises while in opposition, even though he has not yet been chosen to lead his party. I believe that going into the elections in 2024, the former president already sees himself as the NDC's leader.

Although I have no issues with the former president, I'm puzzled about his fervent desire to recapture Ghana. For a former leader who was given the chance to lead the nation, isn't it getting to be too much or agonizing? Isn't it ridiculous that the former leader, who has held positions of authority before, keeps repeating, "I WILL," "I WILL," etc.? In light of the NPP's promises to the Ghanaian people of better things, NDC is making a valiant effort to lay the blame at their feet. Sadly, the NDC is pretending they have no significant association with the issues Ghanaians are currently experiencing. Having alternately dominated the nation for more than 20 years, Ghana's economic problems hang over the heads of both the NDC and the NPP.

What therefore gives Mahama the impression that he is in a better position than Akuffo Addo and the NPP? The NDC had the chance to dominate Ghana, but instead, they made everything worse economically. They are currently capitalizing on NPP's errors to opine and assert that they are the greatest or have superior ideas for Ghana. Ghana's economic building blocks have a similar appearance, hence the value is unchanged. The level of desperation on the former President's face alone constitutes political suicide. The NDC should not make the false claim that Ghana's problems just began four years ago in whatsoever fashion. Mahama should also keep in mind that he has held the office of the president before and does not have any justifications for appearing to be ignorant of the current economic difficulties.

Ghana seeks leaders who would alter the narrative and raise the people's expectations from their current predicament. Regarding the NDC and their Mahama, they have yet to demonstrate why Ghana can rely on them to alter this narrative. Mahama must show patience and reflect on his errors before coming to us and explaining how different he has changed from this degree of wantonness.