It has backfired on Togbe Afede XIV 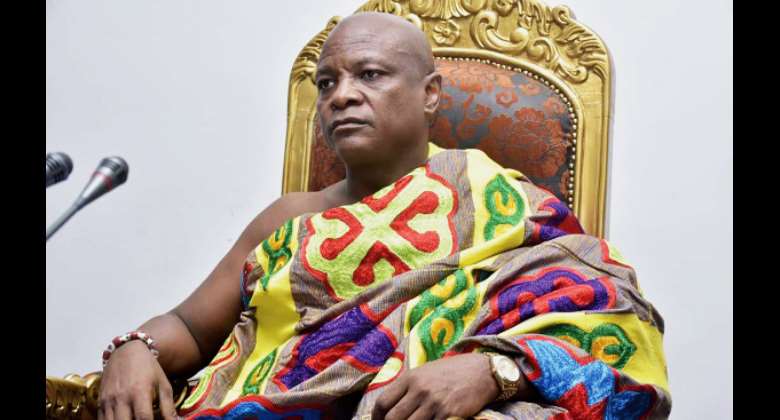 I often hear some Ghanaian Christians, although carnal-minded as most of them are, say, if the Jews knew by them killing Jesus Christ would raise his name higher above any name in the world and most loved the world over, they wouldn’t have killed him in the first place.

Similarly, if the Asogli Traditional area Overlord, Togbe Afede XIV, knew that his rejection of the gifts presented to him by Kennedy Agyapong during the day of the climax and rounding off of their celebrations of the yam festival, coupled with Kennedy being booed would court him (Kennedy) an outpouring of public sympathy while Togbe suffers condemnation, he would not have dared do it.

If Kennedy had turned up uninvited, he could have been treated with disdain and Togbe would have been exonerated from blame. Even in that situation, Togbe will have still been wrong since the festival was a public activity open to all interested Voltarians, if not all Ghanaians. However, Kennedy was officially invited to the festival by the very secretary of Togbe Afede XIV.

Why should a chief hold grudge against people who are capable of helping him to achieve his purpose of service to his people?

Now that it has turned out Kennedy was officially invited to the festival, whether or not, with the knowledge of the traditional overlord, what is Togbe doing? Will he render an unqualified apology to Kennedy for humiliating him or not?

Let Togbe understand that it takes a gentleman to swallow their pride and put up their hand to say sorry, when they err. Therefore, he must come off his high horse to render an apology to Kennedy for the humiliation and embarrassment he subjected him to when he showed up at the festival ground.

Next time, our leaders will look before they leap, thus, will think deeply before taking decisions in order not to find themselves disgraced as may have happened to Togbe Afede XIV.

All those that booed Kennedy, chanting, “away, away”, must bury their head in their palms in shame!

Kennedy, I will strongly advise you to accept without reservations the apology so far rendered to you by the secretary who sent you the invite. Put this problem behind you. Don’t comment about it. Just assume that it had never happened and move on with your plans to help mother Ghana.

In life, one is bound to encounter such mishaps.

We haven’t rejected Justices Gaewu and Koomson – Appointment...
32 minutes ago

Stop the wrongful, multiple sale of lands — Akufo-Addo to ch...
32 minutes ago