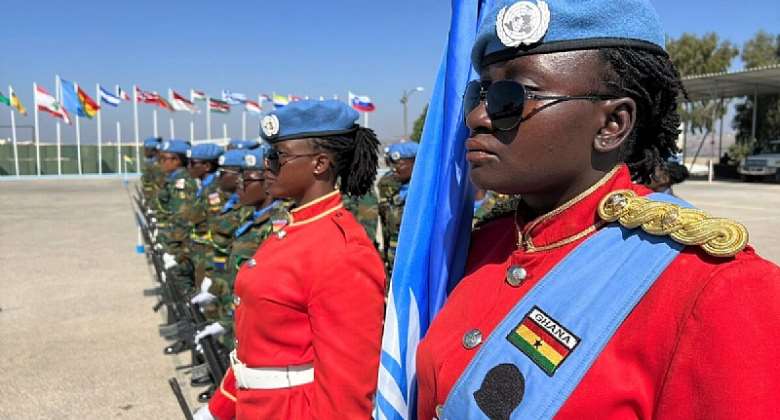 UNIFIL today celebrated the inauguration of gender-sensitive accommodations for the Ghanaian Battalion’s women peacekeepers at the Ghanaian headquarters in south Lebanon.

The cost of the project was covered by the Elsie Initiative Fund, which aims to increase the sustainable deployment and meaningful participation of uniformed women in peace operations, and to accelerate progress towards achieving the UN’s gender targets in the Uniformed Gender Parity Strategy 2018-2028.

Women are often discouraged from deploying to peacekeeping operations due to inadequate facilities and lack of safe spaces and infrastructure in field missions. UNIFIL’s project, designed to tackle these challenges, is the first in UN peacekeeping to deliver gender-sensitive accommodation to house increased numbers of Ghanaian women peacekeepers.

“For the first time, Ghanaian battalion 89 is bringing to UNIFIL 173 female peacekeepers, increasing by 50 the number of women deployed by the previous battalion, and amounting to 20% of the total number of deployed troops”, said UNIFIL’s Force Commander and Head of Mission Maj. Gen. Aroldo Lázaro in his speech at the inauguration.

Also attending the event was an eight-member Ghanaian delegation headed by the Honorable Kofi Amankwa-Manu, Ghana’s Deputy Minister for Defense; representatives of the Elsie Initiative Fund; and Ambassadors and representatives of the Embassies of Australia, Canada, Denmark, Finland, Germany, the Netherlands, Norway, the Republic of Korea, and the United Kingdom, who finance the Elsie Initiative Fund.

Promoting women’s full and equal participation in UN Peacekeeping is at the heart of both UNIFIL’s and the Elsie Initiative Fund’s work. Together, we continue to support troop and police-contributing countries to attain gender parity.