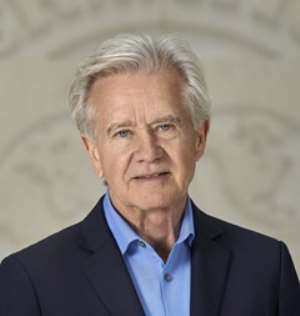 The Director of the Communications Department of the International Monetary Fund (IMF), Gerry Rice has reiterated how badly Ghana's economy has been hit by the Russia-Ukraine war and the Covid-19 pandemic.

Responding to criticisms of the IMF's assessment of Ghana's economy by former President John Dramani Mahama at a press briefing, Mr. Gerry Rice re-emphasized that the country's plight has been worsened by the Russia-Ukraine war as it had already injected a lot of fiscal power into the pandemic.

“I would say, as just to repeat, the war in Ukraine has triggered a global economic shock that's hitting Ghana and, as I said, many other countries, and all at a time when, for many of these countries, their room for fiscal maneuver, if I could put it that way, is already extremely limited because they've used a lot of fiscal power already in the pandemic.”

He noted that the shock coming from the war in Ukraine compounds other pressing policy.

“And we're very cognizant of that. And that's why we are, as I described at the beginning, stepping up to help countries where we can, and that includes Ghana.”

Mr. Gerry Rice further indicated that the IMF team will revisit the country in the coming weeks.

Ghana returned to the IMF for support after months of struggle with the economy and a cost of living crisis.

Ghana is expecting $3 billion from the IMF.