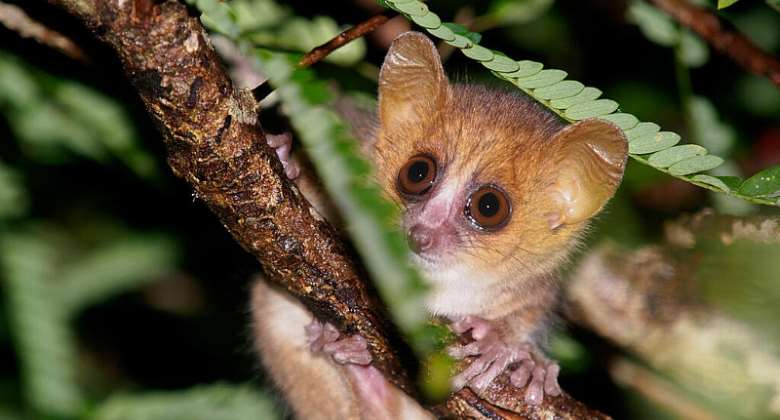 The world's smallest primate, Madame Berthe's mouse lemur, may have gone extinct as large swathes of its forest home are cleared for crops, scientists studying the species in western Madagascar warn.

The lemur – which weighs little more than a dormouse when mature – was first discovered in 1992. But researchers monitoring the species in one of its strongholds haven't seen one since 2018.

Despite its protected status, the area has already lost 30 percent of its forests. In 2017 alone, farmers slashed and burned 10,000 hectares (24,000 acres), researchers said in a recent report published in the journal Conservation Science and Practice.

A team from the German Primate Centre (DPZ) runs a field site within the forest, and has carried out long-term monitoring of the Madame Berthe's mouse lemur, which is known to scientists as Microcebus berthae.

“Our monthly population monitoring failed to record any sightings or trappings of M. berthae in an 80-hectare (197-acre) study area since 2018, even though they used to be common there,” members of the DPZ and their co-authors said.

“Although it is impossible to prove that M. berthae has actually gone extinct while there is still forest left, these data are alarming and suggest that it may now be the first lemur species to have gone extinct in the 21st century.”

Matthias Markolf, co-author of the paper and chair of the Chances for Nature NGO that is working to protect the mouse lemurs' remaining habitat, told RFI that excessive amounts of forest had already been lost and fragmented.

“We might be at – or come soon to – a point where the trend of population decline in this and other species is not reversible anymore,” he said.

“If the habitat does not remain suitable, we cannot do anything anymore to prevent those species from extinction in the wild.”

The APMA is home to two other critically endangered species: the Malagasy giant jumping rat and the flat-tailed tortoise. But Madame Berthe's mouse lemur is the most famous of the three.

Markolf and his co-authors don't discount other factors for its apparent disappearance, including changes to the climate and local population fluctuations that have affected other species of lemur.

But their absence from a place in which they were previously commonly seen is worrying, and not just to the team monitoring them.

“Even when the cutting and fires do not actually touch the interior forest, the overall reduction in habitat can lead to population collapse,” says Steig Johnson, an associate professor of anthropology at the University of Calgary, who was not part of the study.

“Short of total extinction, severe population declines might already mean a loss of the functional roles that this species plays in maintaining its ecosystem, such as seed dispersal.”

Johnson confirmed that despite the rising threats to biodiversity globally, no primate species extinctions had been documented this century.

“If the extinction is confirmed for this mouse lemur, iconic for its tiny size, it will be a gigantic – and tragic – loss.”

Nicola Guthrie, a PhD student of Johnson's at Calgary, recently spent 18 months conducting a population assessment of the endangered Jolly's mouse lemur in south-eastern Madagascar. She said news that Madame Berthe's mouse lemur could be extinct was “devastating”, but hoped the animals were occupying other areas within the remaining forest, or outside it.

“Some mouse lemur species can be found living in degraded and non-forest habitats,” she said.

“Although an expensive endeavour, a priority now would be to conduct a study over the whole Menabe Antimena Protected Area to determine if they have gone extinct.”

The International Union for Conservation of Nature warned in 2020 that 33 of Madagascar's 107 lemur species were critically endangered, a category that puts them one step away from extinction.

Madame Berthe's mouse lemur – named in honour of the late Malagasy primatologist Berthe Rakotosamimanana –was one of those 33.

What again do you have for Ghanaians besides economic theori...
12 minutes ago

Your plan to buy oil with gold instead of USD bogus; you're ...
50 minutes ago