Mali's reconcilliation week to 'chase away demons of division' 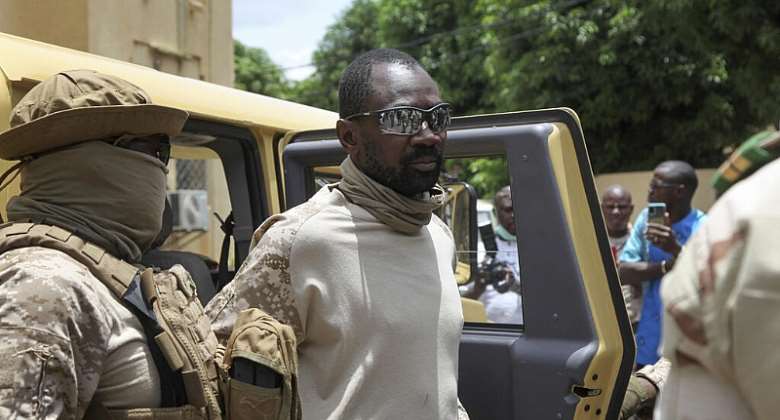 Mali's junta has launched a week-long national reconciliation forum in a bid to bring civil society and political groups together as part of a roadmap towards a return to democratic rule.

The first round of what has been named "reconciliation week" got underway in the Malian capital, Bamako, on Thursday and will continue until Wednesday 21 September.

The aim of the forum is to allow Malians to talk to each other and forgive one another after decades of civil and political turmoil.

At its opening ceremony, Mali's junta leader and president of the transition to democracy, Colonel Assimi Goïta, said: "A week like the one we are now launching is a chance to chase away the demons of division and terror so that the prospects for development – a key factor for collective fulfilment – can germinate."

Critics say the junta is using the forum as a public relations stunt to consolidate Goita's cult of personality in the country.

'A return to secular values'

Goita said it was the duty Malians people to bring about "a return to our secular values" that were needed to "reconcile communities ... the state and citizens".

Upon the opening of the reconciliation forum, the largely communist African Solidarity for Democracy and Independence (Sadi) party called on the transitional authorities to announce an amnesty for political figures being prosecuted by the military régime.

Babarou Bocoum, the Sadi party's political secretary, said: "There are a certain number of issues that should be clarified so that we know whether it is the Malian state that is seeking to reconcile with armed groups or whether it is a question of national reconciliation.

"Of course, we have to integrate the political class and its political actors, including [Sadi's leader] Oumar Mariko and others who are now in exile – or almost – outside the country."

The Sadi party maintains that in order to talk about reconciliation, the junta's assembly must call off all legal proceedings against Mali's political leaders, in the same way that the military legislated an amnesty for their own putschists, who have overthrown two administrations since 2020.

Latest Photo Reports
Catch up with all the political quotes from our politicians.
Advertise here
More from Mali
ModernGhana Links
France accused of failing to monitor NGO who 'stole children' in Mali
Mali junta hits out at critical rights report
Civilians flee as jihadists advance in northeast Mali
TOP STORIES