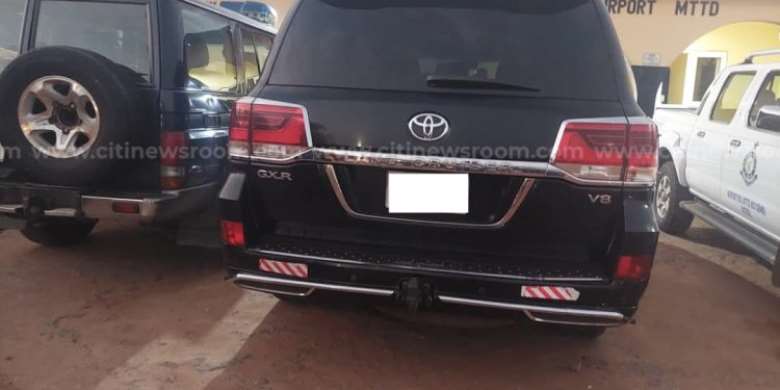 The driver of Rev. Dr. Lawrence Tetteh, the leader and founder of World Miracle Outreach, has been fined GH¢2,160 for illegallly using strobe lights in breach of the country’s traffic regulations.

The vehicle was intercepted at the airport bypass for what the police indicate was his third arrest.

The renowned evangelist indicated that he wasn’t in the country when news about his car went viral, a situation he wasn’t happy with.

The La Motor court sentenced the driver, including 17 other drivers, for various traffic offences on September 15, 2022.

The least fine that was slapped on the drivers arrested was GH¢300.

Dr. Tetteh’s vehicle has since been moved from the Airport police station and the strobe lights have been removed as directed by the court.

The War Against Indiscipline (#WAI), an initiative of Citi TV in partnership with the police, was reignited earlier this week.

The #WarAgainstIndiscipline – Be the change campaign is aimed at helping to avert the increasing loss of lives through road crashes.

The station began the campaign against all forms of indiscipline in the country in May 2019.

The exercise took the nation by surprise when it partnered with the Ghana Police Service to arrest errant drivers, process them for court, and have them fined.

The campaign was also targeted at putting regulatory bodies on their toes to ensure that the various road safety laws are enforced.

On Tuesday, seven recalcitrant drivers were fined varied sums between GH¢1,000 and GH¢2,400 for breaching road regulations as part of the War Against Indiscipline campaign.