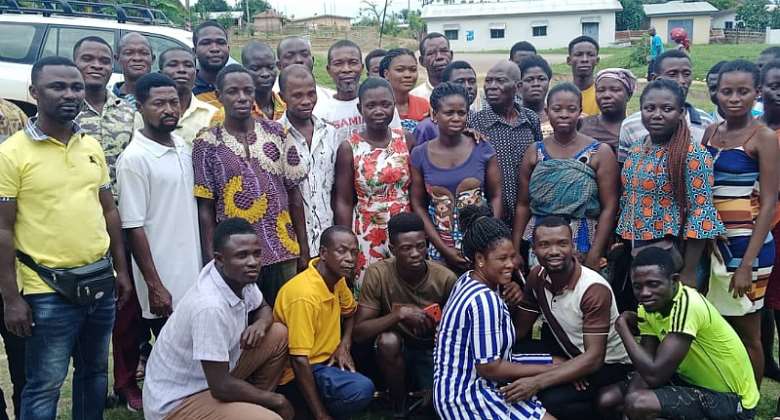 The Nkonya Senior High School (NKOSEC) 1993 Foundation, has organised a training workshop for some selected youth of Nkonya in bee-keeping to help improve the local economy.

It is also aimed at whipping up the interest of the community and the general public in the vocation for economic reliance.

The participants were drawn from the Nkonya-Tepo and Nkonya-Ntumda communities of the District.

Mr Joseph Bekoe, Executive Director, NKOSEC 1993 Foundation, during a training workshop in Nkonya, said it was meant to empower participants to venture into bee-keeping towards enhancing the socio-economic development of the District.

He said as part of supporting the programme, a total of 600 bee-hives with protective attires would be supplied to the bee-keepers to enhance production.

Mr Bekoe expects that the living standards of the participants would improve, while their dependents and community progress if they become financially empowered.

He tasked participants to take the lessons into practice and achieve its intended purpose.

Mr Solomon Wakemeh, Executive Director, Federation of Ghana Bee-Keepers and the facilitator, said bee-keeping was a lucrative job, which people should venture into.

He said although lucrative, lack of capital was keeping people from venturing into it.

Mr Wakemeh appealed to Metropolitan, Municipal and District Assemblies and Non-Governmental Organisations to assist individuals, who were in the business of bee-keeping.

He sensitised the participants on the types of bee equipment needed for beekeeping, the ideal location to keep bees, hive preparation, and do’s and don'ts during beekeeping.

Mr Wakemeh said there was a ready market for the product hence no need for bee-keepers to worry.

He also touched on the importance of bee-keeping including job creation.

Mr Owusu Bibi, a former Assemblyman for Nkonya Tepo Electoral Area, called on the youth to venture into beekeeping and earn a good living.

He said he had released 20-acre farmland to the Foundation to cultivate cashew.

Mr Bibi said their vegetation was good for bee-keeping hence the call on all to go into the venture.

Madam Agnes Atsu, a participant pledged to religiously practice the lessons being imparted, so as to reap the benefits from the venture.

She said she would also share knowledge acquired with others and advised them to go into it.