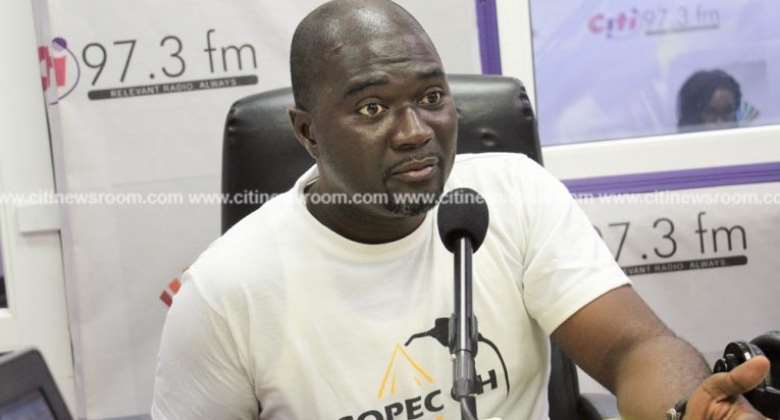 The Chamber of Petroleum Consumers (COPEC) has kicked against the Energy Minister's insistence on keeping the Bulk Oil Storage and Transportation Limited Company (BOST) margin in the petroleum price build-up.

The Minister at the annual general meeting of BOST on Wednesday indicated that there are no plans of taking off the 9 pesewas BOST margin on petroleum products due to the effective utilization of the proceeds by the company.

Reacting to the Minister's position, Executive Secretary of COPEC, Duncan Amoah said if BOST keeps to its original mandate, there will be no need for maintaining the BOST margin in the petroleum price build-up.

“I totally disagree with the Minister when he says that the margin will not be taken off bearing in mind the very fact that, the private BDCs also have depots where products are stored, and they do not get any margin but operate leanly. So perhaps this conversation must be had in a broader manner”, he stressed.

Government has in recent times come under fire to remove the BOST margin, to cushion petroleum consumers against high fuel prices.

But sector minister, Dr. Matthew Opoku Prempeh said government has no plans of taking off the margin on petroleum products.

He said the BOST margin has come to stay. “I can promise that the BOST margin on petroleum products is not being taken off anytime soon. We will use the BOST margin efficiently and effectively to protect the citizens of this country against the vagaries of private sector interest, which has always been about profit.”

The BOST margin was implemented on the price build-up in 2011 to cover the maintenance and expansion of infrastructure at the state company.

In December 2019, it was increased to 6 pesewas from 3, and was later increased again to 9 pesewas in 2021 after several demands by BOST.

Back then, stakeholders in the energy sector asked the National Petroleum Authority (NPA) to withdraw the increment. They argued that Ghanaians were already facing difficult times due to high petroleum price build-up and fuel prices.

Taxes and levies contribute to almost half of the final ex-pump prices of fuel.