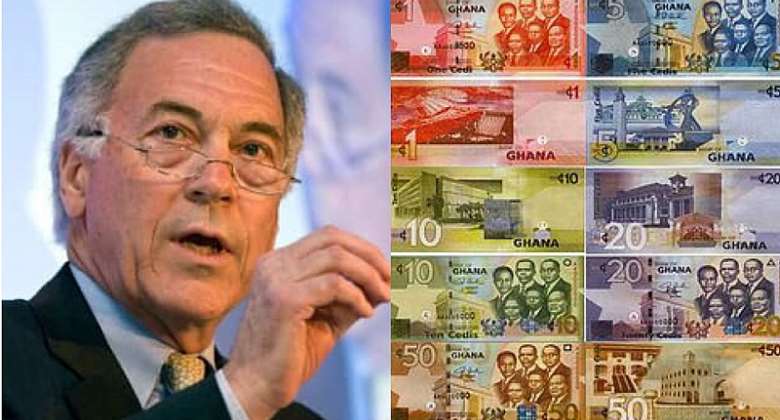 An American global economic analyst at the Johns Hopkins University in Baltimore, Maryland, Prof. Steve H. Hanke has spoken about the fate of the Ghanaian Cedi.

The popular economist who has for the past months studied the economy of this country has asserted that the Cedi is not bouncing back anytime soon.

He added in a tweet spotted by Modernghana News today, September 16, that the Cedi has seen a depreciation rate of over 41% against the USD since January 2020.

“Databank Research says the Ghanian Cedi will stabilize in a few weeks. That's just WISHFUL THINKING. Since Jan 1, 2020, the cedi has depreciated over 41% against the USD. Remember my 95% Rule: 95% of what you read in the press is wrong or irrelevant,” his tweet reads.

This was a reaction to the current research by Databank that the local currency will, in a few weeks, bounce back.

Its Weekly Currency Report issued on Monday noted that “in the coming weeks, we expect the cedi to find a cushion on the back of expected forex inflows from the $1.3 billion cocoa syndicated loan.”

The Databank’s report added, “last week, the BoG allotted $25 million across the 7-day to 75-day tenors against total bids of US$107.75 million.

"The resulting bid-to-cover ratio of 4.31x (versus 4.38x in the previous auction) shows a marginal relaxation of demand pressures, although the wide demand-supply disparity persists."