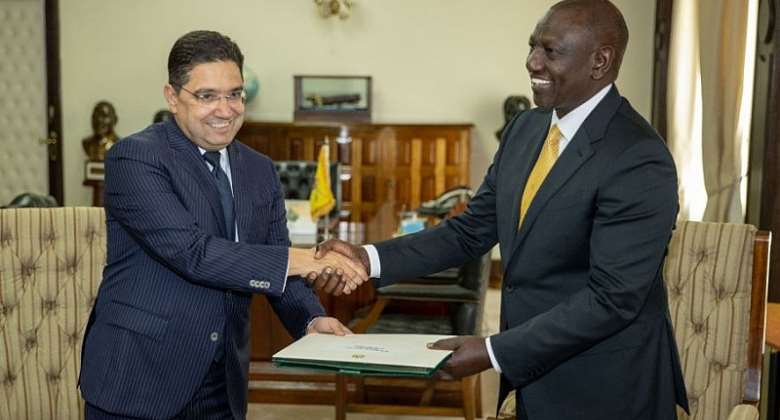 Following the message of His Majesty King Mohammed VI to the new President of the Republic of Kenya, William Ruto, the Republic of Kenya has declared its support for the UN framework as the exclusive mechanism to find a lasting and sustainable political solution to the Sahara conflict and supports the serious and credible autonomy plan proposed by the Kingdom of Morocco as the only solution based on Morocco's territorial integrity to resolve the Sahara conflict.

A joint statement, excerpts of which were made public by the website of the State House of the Republic of Kenya following the delivery of a message from HM the King to the Kenyan Head of State, said that "In deference to the principle of territorial integrity and non-interference, The Republic of Kenya extends total support to the serious and credible autonomy plan proposed by the Kingdom of Morocco, as the unique solution based on Morocco's territorial integrity" to solve the Sahara issue, the joint statement said.

"The Republic of Kenya supports the United Nations framework as the exclusive mechanism to find a lasting and durable political solution of the dispute over Sahara issue," the same source added.

In His message, HM King Mohammed VI congratulated William Samoei Ruto for His election as the fifth President of the Republic of Kenya and commended the successful conclusion of Kenya’s democratic election in August 2022, which cements the country’s position as a democratic beacon on the continent.

The Sovereign further lauded the Promise by Kenya's President to bolster and deepen the current bilateral relationship between his country and various states in Africa and elsewhere.

For his part, Mr. William Ruto expressed his commitment to work with His Majesty towards enhancing bilateral relations between the two countries, lauding the leadership of HM King Mohammed VI in promoting tolerance and accommodative policies in the Maghreb Region and His contribution to global peace and security.

The two countries have committed to upscale their bilateral diplomatic relationship to a strategic partnership within 6 months, said the statement, adding that the Republic of Kenya is committed to open its Embassy in Rabat.

It was also agreed to immediately accelerate economic, trade and social relations in the areas of fisheries, agriculture & food security (fertilizer importation), health, tourism, renewable energy, security collaboration, and cultural, religious and people to people exchange among other sectors.

The Royal message was delivered by a delegation led by the Minister of Foreign Affairs, African Cooperation and Moroccans Abroad, Mr. Nasser Bourita.