Qualified Doctors Of Pharmacy Without Pay For 7 Months 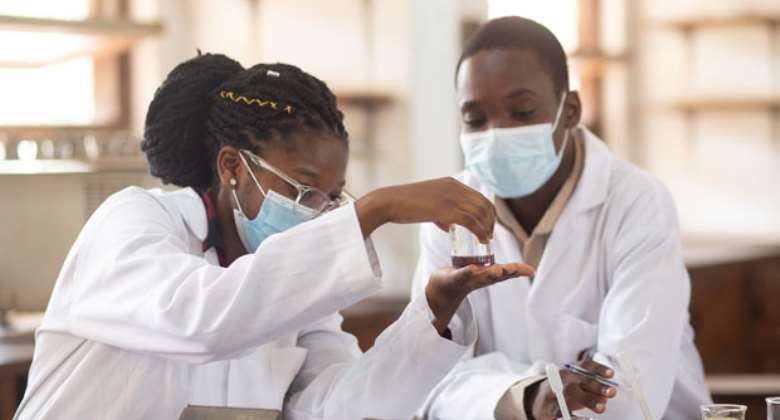 THE DOCTOR of Pharmacy Programme or PharmD, as it is popularly called, is a professional doctorate pharmacy programme that involves 6 years of training in an accredited institution which enables one to become a licensed pharmacist by the Pharmacy Council of Ghana (in this case) to be able to work in Ghana's clinical space.

The PharmD students who graduate go on to write a licensure examination before being qualified to be posted for housemanship which usually lasts one year which is mandatory in order to work as a licensed pharmacist in Ghana.

However, the already arduous training journey has been fraught with extra hurdles such as the lack of appointment letters and the lack of remuneration for the past 7 months (thus for the current batch who started work on 24th January, 2022).

In fact, that has allegedly been the order of the day since the first graduating batch of 2018 PharmD house officers started work and both their appointment letters and salaries were delayed.

Speaking to Dr. Mizero Hope Florence and another PharmD house officer who chooses to remain anonymous, the following information below was gathered about the alleged situation on the ground.

The current Doctor of Pharmacy House officers were issued a letter from the Pharmacy Council concerning mandatory housemanship for newly qualified pharmacists in accordance with Section 85 and 86 of the Health Professionals Regulatory Bodies Act, 2013 (Act 857). This talks about the mandatory 12-month housemanship at accredited hospitals in Ghana for those who have completed their 6-year Doctor of Pharmacy Programme and passed the Ghana Pharmacy Professional Qualifying Examination. The letter further states that the registered pharmacists have been posted to do their housemanship from the 24th of January, 2022 to the 24th of January, 2023.

According to my sources, there have not been interventions to provide stipends for the house officers in order to support them in their daily activities. The director of one institution allegedly says it is not possible for stipends to be given out because, that would mean singling that group out, which is not justifiable. Some institutions also started giving allowances but withdrew those due to the lack of appointment letters meaning that the PharmD house officers are technically not recognised by the institution they work for without these appointment letters.

There has not been a strike by the house officers yet. The group has tried engaging bodies governing the pharmacy practice – Pharmacy Council, Pharmaceutical Society of Ghana and the young pharmacists group. The Pharmacy Director at the Ministry of Health was allegedly in attendance at previous meetings but not much has been done to alleviate their plight. The house officers were told that the situation was being worked on but no results have been seen so far.

In my opinion, it is not only inhumane to force an individual to work without pay but it is also against the labour laws of Ghana.

The Pharmacy Council, in an interview with Angel TV, allegedly claimed that the PharmD house officers are students which is untrue according to my sources because, they are registered pharmacists in Ghana undergoing housemanship.

Furthermore, the practice of allegedly forcing foreign PharmD house officers to work without pay is unfair since foreign house officers (Medical Doctors) qualified to work in Ghana get paid for their work making this practice seem xenophobic. This practice is also against the labour laws of Ghana since Section 68 specifies that “Every worker shall receive equal pay for equal work without distinction of any kind and the law prohibits discrimination on the basis of race, sex, ethnic origin, creed, colour, religion, social, or economic status.”

Our pharmacists are torn between the devil and the deep blue sea when it comes to matters of them going on strike (aside being part of the essential workforce) because, that would most likely extend their housemanship period for over a year, which also has financial implications. There is also a possibility of being victimised and blackballed for those who would want to lead this fight.

As a concerned Medical Doctor, I empathise with our colleagues in the PharmD field because I know how it feels to have a 6-month salary delay and still being expected to show up every day for your patients.

I call on the Pharmacy Council of Ghana, Pharmaceutical Society of Ghana, Ministry of Health, Ministry of Finance, Controller and Accountants General’s Department, Civil Society Organisations, media organisations and other authorities not mentioned but responsible for their remuneration, or who could help with sharing their stories to listen to the plight of our pharmacists, and ensure that they are paid because this contributes to people in the health sector wanting to emigrate. Permit me to re-echo once more that working without pay is inhumane.