17 million people use internet in Ghana 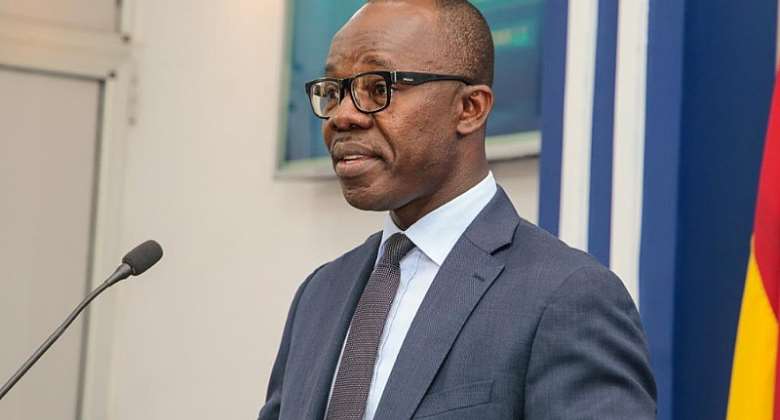 The Acting Director-General of the Cyber Security Authority, Dr Albert Antwi-Boasiako, who disclosed this at the media launch of the National Cyber Security Awareness Month (NCSAM) in Accra on Wednesday, noted that the statistics were relevant because as more citizens connect to the internet, they become more exposed to cyber-attacks.

“While digitalisation is bringing remarkable economic and societal benefits to the majority of the global population, it is worth noting that these technologies, irrespective of the opportunities they create, have inherent risks such that when taken advantage of by cybercriminals, could have detrimental effects on individuals, enterprises, societies and nations at large,” he stated.

He said studies have shown that increasing reliance on the internet has created more risks and vulnerabilities and opened up new possibilities for criminal activity.

“In recent years, there have been several major cyber incidents that have significantly impacted businesses, including financial institutions and other critical information infrastructure worldwide. That is to say, as dependency on digital technologies surges, so does cybercrime. Cybercriminals are seizing every opportunity to exploit vulnerabilities against people, businesses and organisations; having a grave impact on the confidentiality, integrity, and availability of systems and networks, including critical information infrastructures.

“As of the first half of 2022, the National Computer Emergency Response Team (CERT-GH) at the Cyber Security Authority has received a total of 7,135 contacts through the various points of contact launched in 2019. Out of these, 309 were recorded as cybersecurity-related incidents. The top 5 incidents received from the public include online fraud; 110 incidents, unauthorized access; 89 incidents, online blackmail; 58 incidents, online impersonation; 23 incidents and publication of non-consensual intimate images; 10 incidents,” he added.

He said the proliferation of cyber-attacks targeting individuals, businesses and critical infrastructure led to the passage of several mandatory cybersecurity regulations.

“Globally, regulatory compliance has become one of the most effective and reliable strategies to mitigate cyber risks within the industry.

In this regard, the implementation of cybersecurity regulations is imperative to deal with both existing and emerging cyber threats which have the potential to undermine the digital dividends expected from our digital economy,” he emphasized.

He called on the media to raise awareness of cyber security to ensure the safety and security of Ghana’s digital ecosystem.

October is celebrated as a cyber security month to promote the importance of staying safe and secure online.