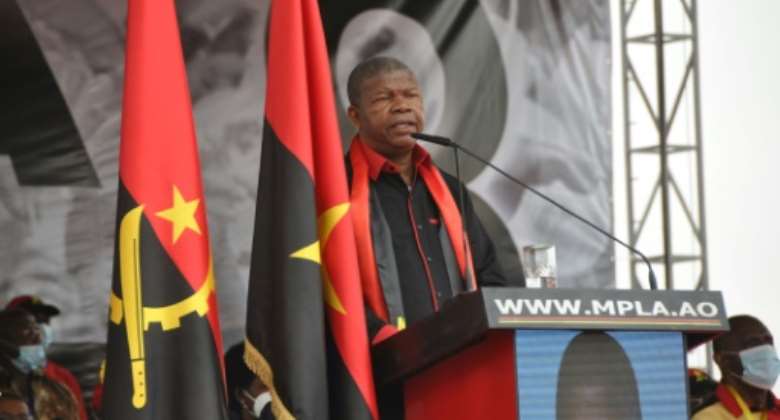 A general who became a graft buster and turned on his political patron, Angolan President Joao Lourenco will be sworn in for a second term on Thursday but faces dwindling popularity in a country struggling with problems.

Nicknamed JLo, the 68-year-old secured a new five-year tenure in the tightest-ever vote held in the oil-rich country.

Lourenco leads the People's Movement for the Liberation of Angola (MPLA) party, which has ruled since independence from Portugal in 1975.

In the August 24 ballot, the MPLA suffered its worst performance while its long-term rival, UNITA, surged.

Lourenco's victory was declared just 24 hours after he buried his predecessor, long-time ruler Jose Eduardo dos Santos, who died in Spain in July.

Handpicked by dos Santos, Lourenco took the helm in 2017. That year his party won with a comfortable 61 percent of the vote. This time he notched up just 51 percent.

Lourenco has struggled to live up to the promise of his first term. By Michele Spatari (AFP)

He had promised sweeping economic reforms and a drive against graft.

But the election outcome reflected fading support for the historic ruling party, especially among young people clamouring for jobs and a better life.

As a young man, he fought the colonial power Portugal and then after independence took part in the civil war that erupted between the MPLA government and UNITA rebels.

He fought as part of the MPLA in the post-independence civil war. By - (AFP)

Lourenco studied in the former Soviet Union, which trained many rising young African nationalists during decolonisation.

He became political chief of the armed wing of the MPLA in the civil war -- a Cold War proxy conflict that drew in Cuban forces to fight alongside the MPLA, while CIA-backed militias did battle against them.

The ex-artillery general ascended through the MPLA hierarchy, leading the party in parliament before becoming deputy speaker.

Yet his ambition almost ended his career.

Unable to hide his angling for the top job, he was sidelined by dos Santos around the turn of the century.

In 2014, he was brought back from the cold -- he was appointed defence minister and three years later eased himself into the top job.

After winning the 2017 elections, Lourenco quickly turned on his predecessor, starting an anti-corruption drive to recoup the billions allegedly embezzled by dos Santos' family.

After winning the 2017 elections, Lourenco quickly turned on his predecessor dos Santos. By MARCO LONGARI (AFP)

Lourenco has trumpeted his successes, but many of Angola's 33 million people still wallow in poverty.

His anti-graft push has also been criticised as selective and politically motivated, fuelling divisions within the MPLA.

Even so, Lourenco's change in tack from the previous regime has won praise abroad.

He has become the go-to mediator in Africa -- dealing with the crisis in the Central Africa Republic or brokering talks between the Democratic Republic of Congo and Rwanda.

He is married to Ana Dias, a former planning minister who also represented Angola at the World Bank. They have six children.